on: January 06, 2018In: Community Development, featured 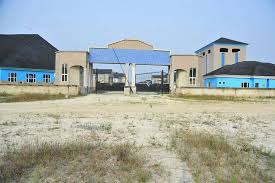 06 January 2018, Sweetcrude, Lagos — The Niger Delta Indigenous Movement For Radical Change, NDIMRC has called on President Muhammadu Buhari to sack the Attorney-General of the Federation, AGF Abubakar Malami now over a purported memo emanating from him on the location of the Nigerian Maritime University, Okerenkoko, Delta State.

In a strongly worded petition to President Buhari, the group rained heavy knocks on the AGF, saying he was deliberately trying to cause a fresh crisis in the oil-rich Niger Delta Region and implored the president to fire him immediately.

But NDIMRC in a petition to the President, signed by its president, Nelly Emma, Secretary, John Sailor and Public Relations Officer, PRO, Stanley Mukoro, warned against the attempt by the AGF to mislead the National Assembly, knowing fully well that the Nigerian Maritime University is located in Okerenkoko, an Ijaw community.

According to the group;” Mr President, our attention has been drawn to a purported memo emanating from the Attorney-General of the Federation, AGF, Abubakar Malami over the location of the Nigerian Maritime University, Okerenkoko, Delta State and wish to let you know that the memo is capable of rocking the peace that your administration has restored to the Niger-Delta Region.

“Mr. President, the Nigerian Maritime University is located in Okerenkoko, an Ijaw community and not Okerenghigho as being claimed by the AGF. We want to make it abundantly clear that Okerenghigho is a non-existing name. Okerenkoko, where the Nigerian Maritime University is located, is an Ijaw land. Attempt to cause another crisis between the Ijaws and the Itsekiris in Delta State must be avoided at all costs”, the group said.

The group added that;” People should not be misled by a purported Supreme Court decision or Judgement which the AGF is relying on. The Ijaws and Itsekiris have had bloody war. We are not in a hurry to forget the battle over the Headquarters of Warri South West that was wrongly taken to Ogidigben, an Itsekiri community, instead of Ogbe-Ijoh, an Ijaw community. Nobody must be allowed again to cause disaffection between these two neighbours. Let there be permanent peace among the Ijaw and Itsekiri in Warri South West Local Government. The AGF and his co-travelers should give peace a chance”.

“It is very unfortunate that the AGF that should know better and in a proper position to advise the President and the National Assembly has allowed himself to be used so cheaply. Mr. President, we plead that you sack the AGF now for relying on a mere petition and fraudulent non-existing Courts judgments to mislead the National Assembly and the whole world”, the group stated.

According to the group also; the contents of the AGF memo to the National Assembly to rename the location of the Nigerian Maritime University from Okerenkoko to Okerenghigho is “misleading, provocative and mischievous”.

“His action is inflammatory, capable of causing a fresh crisis between the Ijaws and their Itsekiri neighbours and this is why we are urging Mr. President to throw him out of his cabinet now”.

The group then advised that the Nigerian Maritime University, Okerenkoko, in the Gbararmatu Kingdom, Warri South West Local Government Area of Delta State should not be allowed to suffer another setback.

“All hands must be on deck to ensure its take-off and those playing politics with the smooth take-off of the University should desist from their evil ways and let the University be. The memo from the AGF who is not familiar with the location of the Nigerian Maritime University, Okerenkoko should be disregarded for the sake of peace in the Niger-Delta Region. Mr. President, nobody should be allowed to scuttle the peace that you have laboured to restore to the region and this is why we are imploring you to send the AGF packing now to serve as a deterrent to others who are determined to give your administration a bad name”.