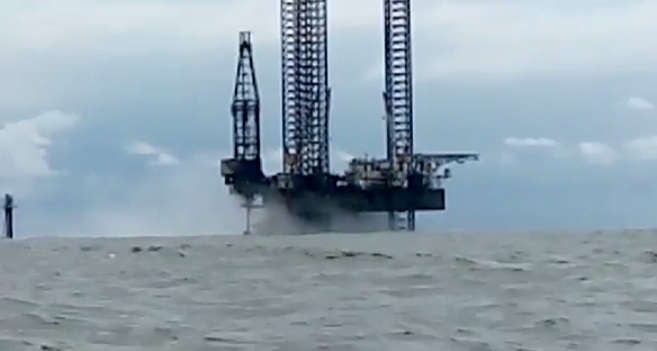 The cause of the leaks is not yet known as at the time of filing this report.

Confirming the development, the Environmental Rights Action/Friends of the Earth Nigeria, confirmed that the leaks has been on for the past 24hours and up till now has not been stopped.

“ERA/FoEN has been reliably informed that a major gas leak has continued on Conoil facility at Sangana, in Brass local government area of Bayelsa State since Sunday (31st October, 2021) night and continuing till now.

“The regulatory agencies, in this case, NOSDRA and state Ministry of Environment; and Conoil should take immediate steps to stop the leakage and prevent large scale destruction of the marine ecosystem.

“Coastline Communities in Brass, Southern Ijaw and Ekeremor Local government areas may be affected if nothing is done.”