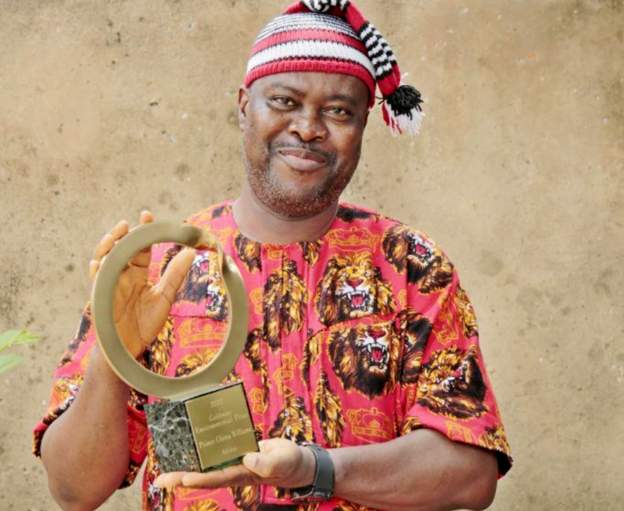 Newswire — Environmental lawyer, Chima Williams worked with two communities to hold Royal Dutch Shell accountable for disastrous oil spills in Nigeria. The organisation is now open to legal action from communities across Nigeria devastated by their disregard for environmental safety.

Nigeria is the continent’s largest oil producer, more than half of the country’s revenue comes from crude oil and the oil sector makes up 90% of export revenue. The majority of the oil fields are in the Niger Delta, Africa’s largest wetland where the Niger river drains into the Gulf of Guinea. Despite the region’s oil wealth, 70% of residents live in poverty and navigate the degradation caused by oil spills, pollution from oil wells, and gas flares.

According to Britannica, approximately 6,000 kilometres of oil pipelines run through the Niger Delta, and most of them are obsolete. Similarly, hundreds of old wellheads litter the marshlands, but their operators have left them to rot.

Every year about 240,000 barrels of crude oil contaminate the water, crops, mangrove forests, and fisheries that residents depend on. The danger of ten story days long fires that gas flares cause is a constant threat to anyone who lives within 4 kilometres.

The oil industry has an appalling environmental record in Nigeria. According to the United Nations Development Programme (UNDP), more than 6,800 oil spills were recorded in the Niger Delta between 1976 and 2001. Approx. three million barrels of oil were spilled; less than 30% of that oil was recovered.

The case of the Niger Delta has therefore been aptly surmised as the world’s worst oil catastrophe.

The Environmental Impact of the Royal Dutch Shell
Global operational spills by shell amount to 50 metric tonnes on average a year. Their worst recorded year was 2008 when their oil spills amounted to 8.8 thousand metric tonnes. Action Aid explains that Shell has known that drilling for oil and gas causes climate change for decades and is among just 100 fossil fuel producers responsible for 71% of the harmful greenhouse gas emissions causing global warming since 1988.

Its subsidiary Shell Petroleum Development Co. of Nigeria (SPDC) is responsible for the worst oil leaks in the Niger Delta. In 2004 a leak near the Goi community caught fire and incinerated farmland, and mangroves, and polluted a nearby lake. In 2005 a leak near Oruma polluted the land and drinking water. Other leaks occurred in different areas over the years with Shell claiming that two were a result of sabotage.

But 2008 brought a revelation when a Shell executive revealed that 73% of the multinational’s pipelines in Nigeria were corroded, and more than a decade overdue for replacement, pointing to the preventable nature of the devastation they were inflicting on the region.

Writer Ben Ikari, a member of the Ogoni people told The Guardian in 2010, “In Nigeria, oil companies largely ignore their spills, cover them up and destroy people’s livelihood and environments. The Gulf spill can be seen as a metaphor for what is happening daily in the oilfields of Nigeria and other parts of Africa… This has gone on for 50 years in Nigeria. People depend completely on the environment for their drinking water, farming, and fishing.”

He is an environmental lawyer who prosecutes environmental pollution cases involving transnational corporations in Nigeria. He won the Goldman Environmental Prize for his work in holding the Royal Dutch Shell accountable for environmental damages caused between 2004 and 2007.

When Chima started collaborating with the affected residents of the Goi and Oruma oil spills he knew that it would be difficult to hold oil companies accountable in the Nigerian court system. Because of corruption, legal proceedings are often delayed, and even when cases receive positive judgements enforcement is nearly impossible.

Therefore in 2008, in partnership with Friends of the Earth Netherlands, Chima helped victims sue the Royal Dutch Shell and SPDC in the Netherlands (the home country of Shell), for lost income due to contaminated land and waterways. The first ruling in 2013 by the District Court of The Hague ruled that Royal Dutch Shell cannot be liable for SPDC’s actions.

But Chima and the communities he represented persisted and appealed the ruling. During the time they waited for a hearing, his legal team accessed internal Shell documents that clearly showed that the multinational had previous knowledge of the pipeline’s compromised state and lied about it in court.

Then on January 29th, 2021, after 13 years of litigation, the Court of Appeal in the Hague, ruled in favour of the farmers from the two communities. This was the first time Shell has been held accountable in a Dutch court. The court stated that even though the Nigerian subsidiary was responsible for the oil spills, the parent company Royal Dutch Shell also had an obligation to prevent the spills. Because of the ruling, Shell is accountable for failing to install a leak detection system on the Oruma pipeline–standard practice in oil pipeline operations in Western nations.

The multinational will also be open to cases from other communities affected by oil spills to sue Royal Dutch Shell for the environmental destruction caused by its operations. It may also affect litigation against other oil companies causing devastation in the Niger Delta.

*Kylie Kiunguyu – This is Africa