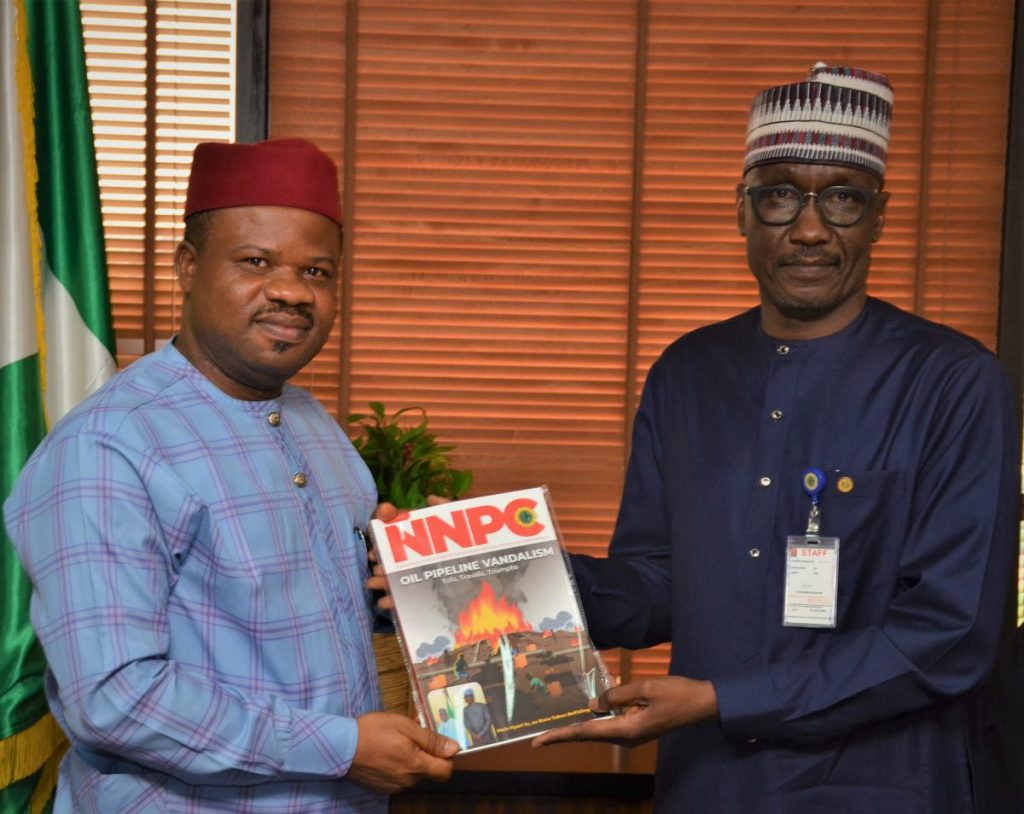 *NNPC GMD, Mallam Mele Kyari, presenting an NNPC publication to the President of the Nigeria Union of Journalists (NUJ), Comrade Chris Isiguzo, during a courtesy visit on Thursday.

Lagos — The Nigeria Union of Journalists, NUJ has expressed delight with the pledge by the Group Managing Director of the Nigerian National Petroleum Corporation, NNPC, Mallam Mele Kyari to enhance transparency and accountability in the operations of the national oil company.

Speaking at a courtesy visit to the new NNPC GMD in Abuja, President of the NUJ, Comrade Chris Isiguzo, said he was impressed that Mallam Kyari did not only commit to maintaining the status quo but pledged to take the level of reforms and openness inherited from his predecessor to higher levels.

Isiguzo paid tribute to the immediate past Group Managing Director of the NNNPC, Dr. Maikanti Baru, FNSE, for his laudable works noting that Baru’s good works were crowned with a befitting valedictory session which ushered in the unique seamless transfer of authority from one NNPC GMD to another, a feat which he said was a first in the over 40 years history of the Corporation.

He said that the fact that the new GMD and his Management team were an integral part of the Baru-led Management indicated that the Corporation was firmly rooted in the trajectory of growth and consolidation of various reform processes initiated within the period.

Welcoming the NUJ President and his delegation to the NNPC Towers, Mallam Kyari acknowledged the vital watchdog role of the Nigerian media while restating his commitment to enhanced transparency and workable partnership with the press.

The NNPC GMD assured the journalists of maximum cooperation, stressing that every Nigerian has as much right to access information about the operations of the corporation as any staff.