Merkel says don’t expect much from meeting with Putin 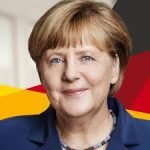 18 August 2018, Berlin — Chancellor Angela Merkel has warned against expectations that her meeting with Russian President Vladimir Putin on Saturday will produce any breakthrough on the conflicts in Ukraine and Syria.

Speaking on the eve of talks with the Russian leader, Merkel pitched the meeting as the product of necessity rather than choice: Russia and Germany must engage in dialogue on the long list of problems they have an interest in solving.

“It’s a working meeting from which no specific results are expected – but the number of problems that occupy us – from Ukraine and Syria to the issue of economic cooperation – is so big that it is justified to be in a permanent dialogue,” Merkel said.

Merkel and Putin last met in Sochi in May, when they struggled to overcome differences during the German chancellor’s first visit to Russia since it annexed Ukraine’s Crimea peninsula in 2014.

The annexation and ensuing conflict between Russian-backed separatists in eastern Ukraine and the Ukrainian army set off the worst confrontation between Russia and the West since World War Two.

Russia and Germany agree that an internationally brokered peace deal known as the Minsk agreement must be fully implemented to end the conflict, but cannot agree on the mandate of the United Nations peacekeeping mission.

Germany and France want U.N. troops deployed in all areas controlled by Russian-backed rebels, including on the Ukraine-Russia border. Russia opposes this idea.

Relations between the two countries have also been strained by the Nord Stream 2 pipeline that will carry gas from Russia to Germany under the Baltic Sea.

The United States says it will increase Germany’s dependence on Russia for energy. Ukraine fears the pipeline will allow Russia to cut it off from the gas transit business. Germany’s eastern European neighbours, nervous of Russian encroachment, have also raised concerns about the project.

A spokesman for Merkel said this week that the European Union was still in talks with Russia to ensure that Ukraine continues to play a role in the lucrative energy transit business even after Nord Stream 2 is completed.

On Syria, Germany wants Putin to finalise a lasting ceasefire there with the United States.

Merkel and Putin will each make statements at 1600 GMT on Saturday before the start of the talks at the government’s Meseberg palace outside Berlin. They will take no questions.