Meter supply to electricity consumers will get better soon – Fashola 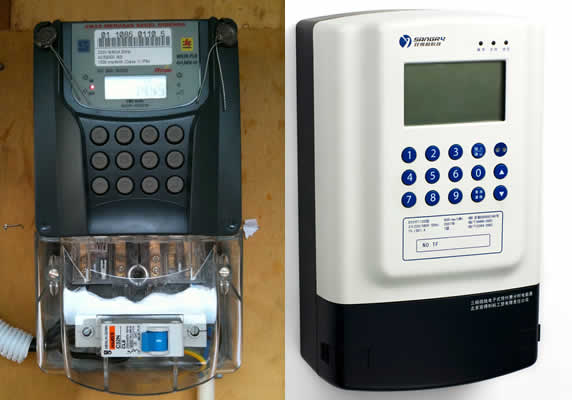 Fashola, who said this at the News Agency of Nigeria (NAN) forum in Abuja, also said the challenge of meter supply was one of the problems among other issues that the Federal Government was resolving under the Power Sector Recovery Programme (PSRP).

He noted that, “For meters specifically, it will get better, which is one of the problems we intend to solve under the Power Sector Recovery Programme.

“Every problem that afflicts the industry that we have seen is in that PSRP, so that PSRP is like the first aid kit to solving, it is like the do it all box, if new problems comes we will throw it inside.

“So specifically about meters, you would have heard that on Monday at our meeting in Uyo, the regulator presented the regulations that allows new meter asset providers to now be licensed.”

“What it means is that you are relieving the financial pressure from the Disco, so the Disco can face their core business which is to distribute energy.

“But we want them to invest their own money in transformers, in circuit breakers, in re-conducting their lines which is really the heart of their business, so it will get better.”

He said the mandate on metering of electricity consumers was a contractual obligation that happened before the emergence of the current administration.

“I think that first you need to focus on the fact that this is a change of the old order in the sense that, it is now privately driven and it is now four years plus.

“So what we could not do successfully for 60 years during the government monopoly, can we really do all of it in four years?”

He, however, said the PSRP, with global acceptance and support of the World Bank remained a tool kit to salvage the challenges of the sector.

“So we have seen problems of metering, MDAs debts, tariff, gas pricing and all of these problems that we see, the PSRP is the tool kit.

“So metering is part of PSRP, consumer service is part of it, preventing energy theft is part of it. Also, the N701 billion payment assurance guarantee to ensure that Gencos get paid and paying the debts owed by the MDA to the Discos are all part of the challenges.”

The minister said PSRP was also designed so that Nigerians can know, understand and follow activities of government in the sector.

He said the intention of government was to translate the contents of PSRP into major languages for easy understanding by Nigerians.

“We want the PSRP to get into churches and mosques, to clubs and social organisations, to age grades and gender groups. This is so that the conversation is open and transparent and once Nigerians understand something, it is easier for them to run with it.”