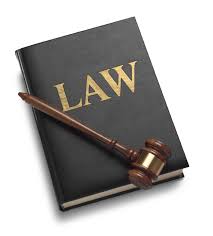 01 May 2014, News Wires – President Enrique Pena Nieto’s administration laid another batch of secondary legislation before the Mexican Congress on Wednesday, hoping to flesh out the sweeping energy reforms that were approved in December.

Energy Secretary Pedro Joaquin Coldwell outlined a mechanism that will give Mexican suppliers preferential treatment provided they can match foreign competitors in price, quality and delivery, and said that the country’s oil and gas sector would continue to be dominated by public tender systems.

He said the local content quota would need to reach a minimum of 25% by 2025.

The Mexican government believes the reforms can boost investment by $3 billion per year and expects oil production to surge to 3.5 million barrels by 2025, a 40% increase from current levels.

Outlining the proposals in a public presentation at Mexico City’s National Palace, Finance Minister Luis Videgaray said that the reforms would reduce the overall the fiscal burden on Pemex to 65% from 79%.

Congress is yet to give its approval to a first batch of implementing legislation, meaning special sessions will probably be called when the legislature goes into recess in May and June.