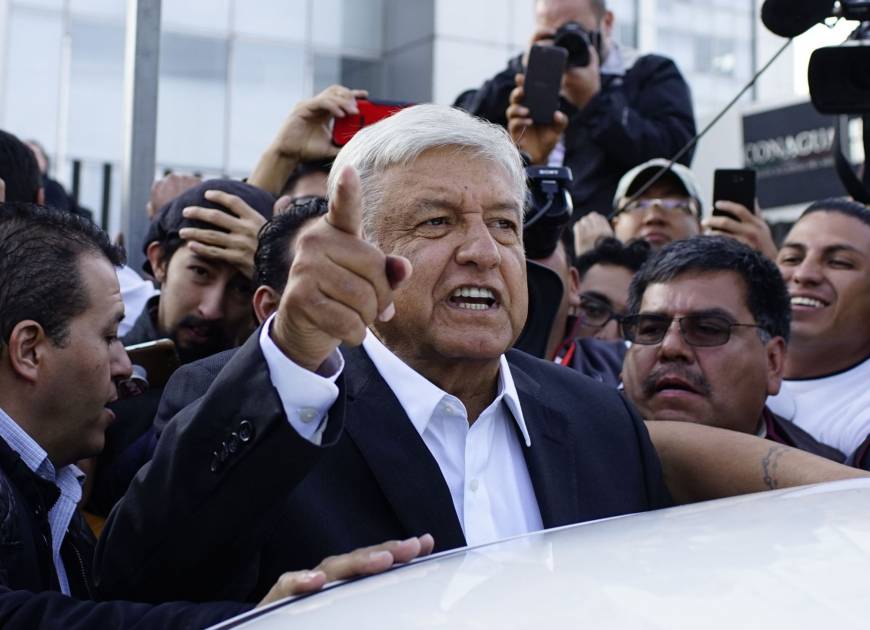 08 July 2018, Mexico City — Mexican President-elect Andres Manuel Lopez Obrador will seek to end the country’s massive fuel imports, nearly all from the United States, during the first three years of his term while also boosting refining at home.

The landslide winner of last Sunday’s election told reporters on Saturday morning before attending private meetings with members of his future cabinet that he will also prioritize growing crude oil production domestically, which has fallen sharply for years.

“The objective is that we stop buying foreign gasoline by the halfway point of my six-year term,” said Lopez Obrador, repeating a position he and his senior energy advisor staked out during the campaign.

“We are going to immediately revive our oil activity, exploration and the drilling of wells so we have crude oil,” he said.

On the campaign trail, the leftist former mayor of Mexico City pitched his plan to wean the country off foreign gasoline as a means to increase domestic production of crude and value-added fuels, not as a trade issue with the United States.

Lopez Obrador also reiterated on Saturday his goal to build either one large or two medium-sized oil refineries during his term, which begins on December 1.

While he said the facilities will be built in the Gulf coast states of Tabasco and possibly Campeche, he has been less clear on how the multi-billion-dollar refineries would be funded.

So far this year, Mexico has imported an average of about 590,000 barrels per day (bpd) of gasoline and another 232,000 bpd of diesel, as output at the country’s domestic refineries has steadily declined.

Foreign gasoline imports have grown by nearly two-thirds, while diesel imports have more than doubled since 2013, the first year of outgoing President Enrique Pena Nieto’s term, according to data from national oil company Pemex.

Meanwhile, the six oil refineries in Mexico owned and operated by Pemex are producing at far below their capacity, or an average of 220,000 bpd of gasoline so far this year.

Gasoline production at the facilities is down 50 percent compared to 2013, and domestic gasoline output only accounts for slightly more than a quarter of national demand from the country’s legions of motorists.

During the campaign, the two-time presidential runner-up also promised to strengthen Pemex. He also was sharply critical of a 2013 constitutional energy overhaul that ended the company’s monopoly and allowed international oil majors to operate fields on their own for the first time in decades.

The overhaul was designed to reverse a 14-year-long oil output slide and has already resulted in competitive auctions that have awarded more than 100 exploration and production contracts to the likes of Royal Dutch Shell and ExxonMobil.