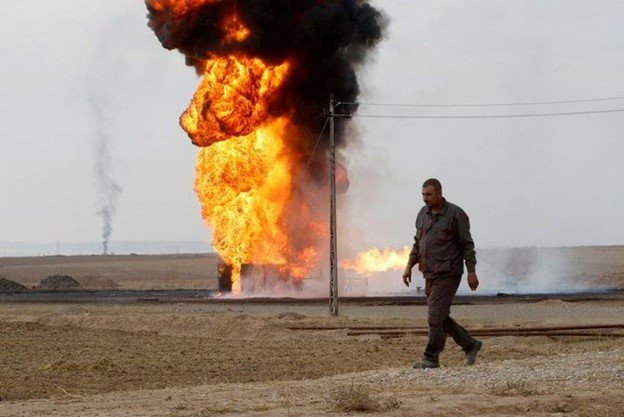 The attack at the Bay Hassan oilfield “did not cause a fire or damage, affect production or stop oil pumping from the well,” the ministry said in a statement.