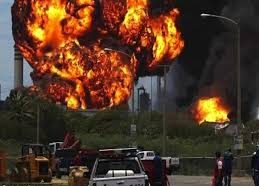 22 January 2017, Abuja — The Nigerian Military has denied reports that militants blew an oil pipeline in Delta State after Vice President Yemi Osinbajo’s visit, saying it was a bush-burning incidence that was put under control immediately.

A statement issued by the Director, Defence Information (DDI), Brig.-Gen. Rabe Abubakar said: “The report to say the least is not only a ruse but a complete imagination of its author as the said incident was a bush burning, which was immediately put under control. This prompt action prevented an environmental catastrophe that the incident might have caused’.

According to some observers of the peace efforts of the present government, the incidence was an indication that the visit of Osinbajo to the Niger Delta region was a wasted effort, as action, which supposedly happened in Ughelli, Delta State, would have been in apparent defiance of the “efforts of the Federal Government at addressing issues in that region”.

While appealing to media practitioners to be circumspect as stakeholders in the nation building process by verifying information before going to press, the DDI said such matters, especially those that border on security, if not properly handled, can cause unnecessary apprehension in the country.

“There is the need for all people of goodwill to work in synergy with security agencies towards the betterment of the region in particular and the country in general,” he added.