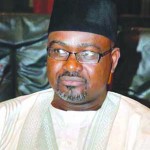 12 August 2014, Abuja – The Ministry of Mines and Steel Development at the weekend revealed that it had revoked 600 mining licences for non-compliance with the relevant laws guiding mining operations in the country.

Minister of Mines and Steel Development, Mr. Musa Sada, made this known while receiving the presentation of the 2013 Report and Audited Accounts of the Council of Nigeria Mining Engineers and Geoscientists, COMEG, in his office.

Sada said it was no more business as usual with those companies which were not ready to abide by existing regulations of the federal government.

Sada said: “I want to commend the council for meticulous work and for fulfilling the requirements of the law that established COMEG, the ministry will always support you.

“I want to urge other agencies under the ministry to emulate COMEG as this would go a long way to move the sector forward, and it will help government to regulate and monitor operators in the sector.

“The federal government has revoked 600 mining licenses for non-compliance with the relevant laws guiding mining operations in the country.

“I want to warn that any mining or quarry firm that is not operating in accordance with the Nigerian Minerals and Metals Act of 2007, Mining Regulations and any other extant mining laws like that of the Council of Nigeria Mining Engineers and Geoscientists.”

The Minister also emphasised that there is serious need for the development of human capacity for maximal harnessing of mineral resources in the country, and if that was not considered as priority the sector will remain under-developed.

“No matter how much mineral resources a country has, if it doesn’t have the right human skills, the country will not develop,” he said, and assured of government’s commitment to developing regulatory bodies in the sector, while expressing support and cooperation to COMEG.

Earlier in his presentation, Chairman, COMEG, Mr. Chambers Oyibo, explained that the monitoring and evaluation of mining professionals and operators in some geopolitical zones of the country was carried out to sensitise them on the need to register with COMEG.

Oyibo also said the exercise revealed that most mining companies have not registered with COMEG, and also failed to employ COMEG registered mining professionals.

He said the council had also commenced the issuance of practicing licenses to financial members in order to ensure compliance with the provisions of relevant laws and regulations of COMEG.

Meanwhile, the Registrar, COMEG, Mr. Bello Bugaje, said the Council is striving hard to have a formidable professional body, even as it is faced with a number of challenges. These include lack of permanent office accommodation, insufficient and untimely release of funds from government, and appealed to the government for immediate attention.