Lagos — After a substantial decline in Q4 2018, the total value of capital raising deals in the mining industry increased to over US$11bn in Q1 2019, with an increase in the value of equity offered during that quarter alongside relatively lower debt offering values, according to GlobalData, a leading data, and analytics company.

Vinneth Bajaj, Senior Mining Analyst at GlobalData commented: “The slowing Chinese economy alongside the ongoing China-US trade war has weighed on the completion rate of mining capital raising activities. Overall, the total volume of completed capital raising deals decreased from 378 in Q4 2018 to 273 in Q1 2019, a 27.8% decline. In contrast, however, during the same period, the number of announced deals increased from 226 to 268, an 18.6% rise.” 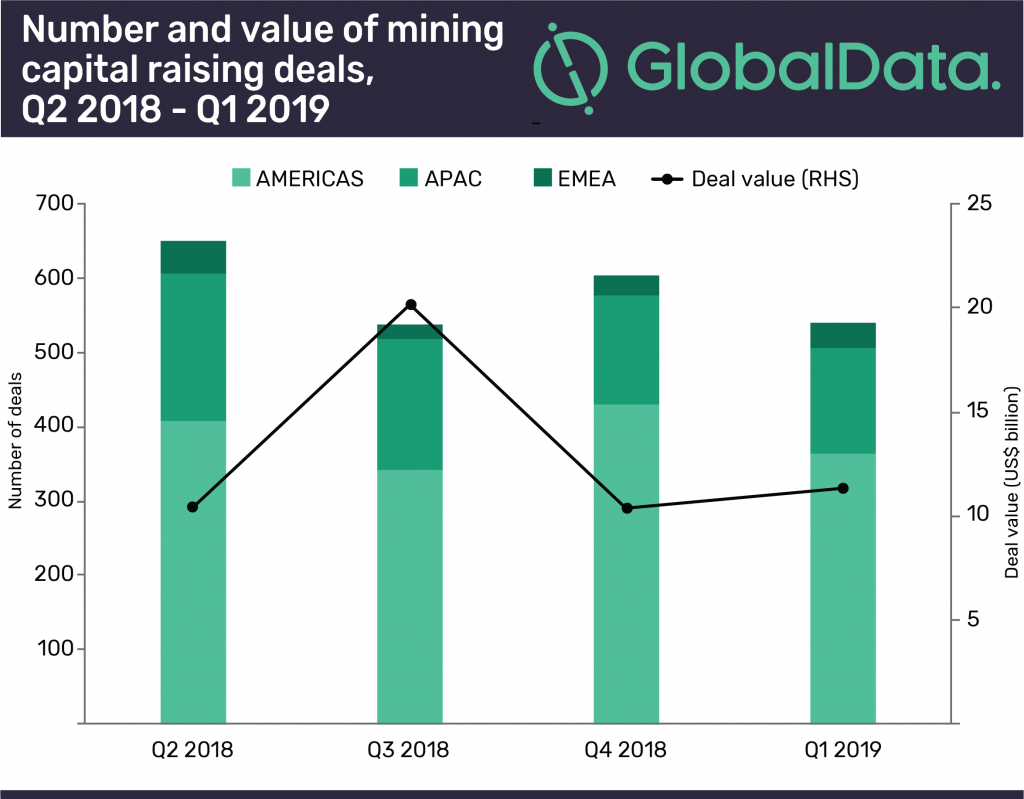 Largest of the completed deals in Q1 2019 was the US$1.3bn capital raised by Codelco by offering international bonds due in 2049. This was followed by India’s Tata Steel BSL, which raised US$967.28m in a private placement of shares.