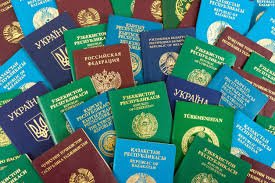 11 February 2019, Sweetcrude, Lagos — The Minister of Finance, Zainab Shamsuna Ahmed has been petitioned to call to order the alleged fraudulent activities of the Ministry of Interior and its foreign collaborators over diversion of 70 percent Combined Expatriate Residence Permit and Alien Card, CERPAC fee, into an account different from the Treasury Single Account, TSA.

In a letter dated January 29, written by Falana & Falana’s Chambers to the Minister, obtained by SweetcrudeReports, the Chamber said the act is in gross violation of the Central Bank’s Act, Presidential Executive Order No. 5 of 2018, and the Federal Government’s policy on Treasury Single Account, TSA.

According to the letter, the Ministry of Interior has over the years, engaged in criminal diversion of public funds and extortion of foreigners resident in Nigeria by some foreign consultants said to have been engaged by the Federal ministry of interior, to collect the CERPAC fee contrary to all known rules and regulations of the federal government.

One of the foreign consultants identified in the petition was Continental Transfer Technique owned by an Indian.

Whereas the fees payable by foreigners resident in Nigeria was $1000 per person per annum however, the Chamber said foreign consultants applied to the Minister of Interior, Abdulrahman Bello Dambazau, to increase it to $2000 in December 2018, adding that the application for increase, in a questionable manner, was approved within two days.

On account of the increase, Nigeria now ranks as the world’s highest charging country for the CERPAC.

The Chamber pointed out that the huge amount realised from the increase in the CERPAC fee was not captured in the Appropriation Act, 2018, the Presidential Executive Order No. 5 of 2018 which prohibited the engagement of foreigners to perform services which can be provided locally by Nigerian citizens.

Furthermore, according to the petition, all foreign residents in Nigeria are made to pay the CERPAC fee at the exchange rate of N370 per dollar contrary to the provisions of sections 15 & 20 of the Central Bank of Nigeria, CBN (Establishment) Act LFN 2004, which stipulates that until a currency in Nigeria shall be divided into one hundred kobo and that the currency note issued by the CBN shall be legal tender for the payment of any amount.

“It is, therefore, illegal to order that CERPAC Fee is paid in a foreign currency in Nigeria”, the letter stated.

The most fraudulent aspect of the illegal increase, according to the petition, is that out of the huge revenue realised from payment of the CERPAC, fee, only 30 percent of it is remitted to the federal government at the official rate of N306 per dollar, while the foreign consultants are allowed to pocket the remaining 70 percent.

“It may interest you that the foreign consultants have been directed by the Ministry of Interior to pay the said 30 percent into a dedicated account in a commercial bank in flagrant contravention of the federal government’s policy on Treasury Single Account which unifies government accounts to enable the Federal Ministry of Finance to maintain oversight of government cash flow”.

In view of the foregoing, the Chamber requested the Minister of Finance, to “stop the illegal” increase of the CERPAC fees of $1000 to $2000, and direct that the naira equivalent of the approved CERPAC fee of $1000 be paid directly into the TSA in line with the policy.

The Chamber also said the Economic and Financial Crimes Commission, EFCC, is directed to recover the fund that has been criminally diverted through the foreign consultants engaged by the Ministry of Interior, to collect the CERPAC fee on behalf of the federal government.

Failure to do so, the Chambers threatened to institute legal actions at the Federal High Court for the recovery of the huge fund diverted by the ministry and its foreign collaborators.