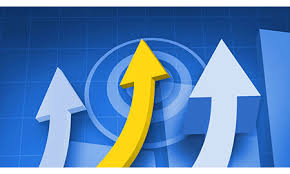 Benchmark Brent prices have already risen by more than $45 per barrel or 170 percent from their cyclical trough in early 2016.

Front-month futures prices, at almost $75 per barrel, are now trading close to the inflation-adjusted average for the last price cycle, which started in 1998 and finished in 2016.

So far this year, futures prices have averaged nearly $68 per barrel, which is well above the post-1973 real average price of $50-$55.

Futures prices have shifted from a big contango during the slump into an increasingly wide backwardation since the middle of 2017, which is consistent with a shift from over-supply to under-supply

Global oil consumption is predicted to increase by more than 1.5 million barrels per day (bpd) in 2018, the fourth consecutive year of very strong growth.

Non-OPEC oil production is forecast to increase by 2.0 million bpd or more this year, mostly as a result of a large increase in U.S. shale plus other output increases from Canada, Brazil and Norway.

But with steep declines in output from OPEC member Venezuela as a result of unrest and mismanagement, and continued curbs on production by other OPEC and non-OPEC members, global production is failing to keep pace with consumption.

OECD inventories have dropped sharply and are now in line with the five-year average, eliminating the surplus of over 300 million barrels inherited from the slump.

If inventories are adjusted for the rise in consumption, which gives a more accurate picture of the market balance, stocks are now well below the five-year average and continue to tighten.

So on every indicator, from spot prices and spreads to consumption, production and inventories, the oil market is now well into the boom phase of the cycle.

But booms are always followed by slumps. If OPEC allows the oil market to tighten too much in 2018/19, it will create the conditions for the next downturn a few years later.

Senior OPEC officials insist the organisation’s work on rebalancing the market has not yet been completed and they resist the characterisation of “mission accomplished”.

In particular, they point to the relatively low level of investment in exploration and production to justify the need for continued production curbs and even higher prices.

But investment is a lagging indicator. Investment was slow to pick up during the early stages of the last boom (1998-2008) then proved stubbornly resilient in the first stages of the slump (2014-2016).

Lagging upstream investment is one of the principal causes of cyclical instability in the oil market and has been since the beginning of the modern petroleum industry.

If OPEC members wait for an acceleration of upstream investment before relaxing their production curbs, as ministers have indicated, they will almost certainly over-tighten the market in the meantime.

The oil market is already tight and the increasingly wide backwardation indicates traders expect it to become even tighter during the second half of the year, when oil consumption moves seasonally higher.

If OPEC maintains its current output curbs through December, the market is set to become exceptionally tight, which will push prices and spreads towards unstable levels.

The resulting increase in prices and spreads will accelerate production growth even further and start to restrain consumption growth.

OPEC ministers profess to be unconcerned about the impact on either supply or demand, but they have often misjudged market responses in the past.

The number of rigs drilling for oil in the United States has already resumed its upward trend over the last three weeks in response to higher prices, which will increase shale output even further by the end of 2018.

Consumption changes are harder to measure in real-time, and tend to lag behind changes in oil prices, but the rise in prices will restrain demand too, as it has always done during every previous period of rising prices.

OPEC members deny that they are principally responsible for the increase in oil prices over the last year or that they should adjust their production policy in response.

They can point to unplanned outages in Venezuela and other producing nations, as well as unexpectedly strong demand from consumers, for drawing down inventories faster than they predicted at the end of last year.

All these arguments are true. And all these factors are outside OPEC’s control. But production policy is something OPEC controls directly and for which it is responsible.

OPEC’s current production levels were set back in November 2016, when the market was heavily oversupplied, inventories were rising, and prices had only risen modestly from cyclical lows.

What was appropriate then is arguably no longer appropriate now. If OPEC members decide to extend current levels through to the year-end, they will probably be held responsible for the price increase likely to follow.

U.S. President Donald Trump has already indicated he holds OPEC responsible for rising oil prices via a message on his Twitter account.

If oil and fuel prices continue rising, the political pushback from consumer countries against OPEC will only intensify.

But what should concern the organisation more is the very real risk that further price increases will prove counter-productive.

By over-tightening the market in 2018/19, OPEC will be creating conditions for the next cyclical downturn in 2020/21.