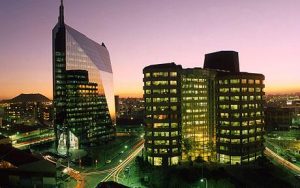 30 October 2017, Johannesburg — South Africa’s debt sustainability will be at risk unless the government presents a credible fiscal-consolidation plan in 2018, Moody’s Investors Service said.

Finance Minister Malusi Gigaba tabled a bleak picture of the nation’s finances in his Oct. 25 medium-term budget policy statement, with growth and revenue falling well below projections while public debt may exceed 60 percent of gross domestic product by 2021. The MTBPS is credit-negative for the country’s debt assessment as it veers off the path of fiscal consolidation, Zuzana Brixiova, a senior analyst at Moody’s, said in an emailed note.

“Unless the government presents a credible fiscal consolidation plan in the February 2018 budget, debt sustainability is at risk,” Brixiova said. “With lower levels of revenue than formerly projected, the thrust of the adjustment would need to come from the expenditure side which will be challenging to achieve amid rising spending pressures in the run-up to 2019 elections.”

The Treasury expects the economy to expand 0.7 percent this year, down from 1.3 percent predicted in the February budget, and trimmed its growth forecasts for the next three years. Tax revenue for this fiscal year will fall 50.8 billion rand ($3.6 billion) short of the initial forecast.

Lower growth and revenue will feed through to a higher budget deficit. The gap is expected to jump to 4.3 percent of gross domestic product in the current fiscal year, up from a projected 3.1 percent.

The shortfall will probably stay at 3.9 percent of GDP for the next three years. That’s a break from the Treasury’s past pledges to steadily narrow the deficit.

The change in direction of policy making away from a focus on fiscal consolidation is under way and “occurring faster than we had expected,” Fitch Ratings Ltd. said on Oct. 26. Gigaba maintains that the speech was not a deviation from the fiscal path.

Moody’s assesses the nation’s foreign- and local-currency debt at one level above junk and is scheduled to make an announcement on the nation’s debt on Nov. 24, along with S&P Global Ratings.