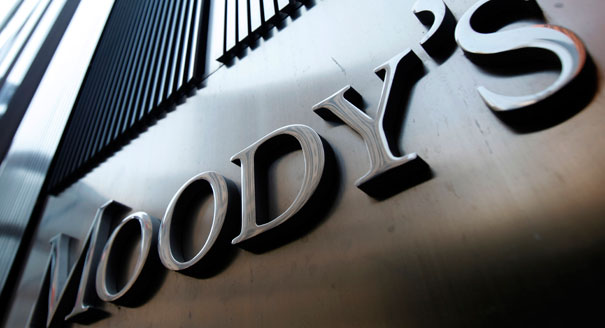 The cuts by Moody’s, though more narrowly-focused, look even more pessimistic than the -3% worldwide drop forecast by the International Monetary Fund this month, and the 2.4% contraction estimated by rival rating firm S&P Global.

Moody’s individual country forecasts included a -5.7% slump in the United States, -6.5% plunges in both Japan and the euro zone and -7% and -8.2% ones in Britain and Italy. China is expected to manage just 1% growth though next year could see a strong 7.1% rebound.

“There are significant downside risks to our forecasts in the event that the pandemic is not contained and lockdowns have to be reinstated,” Moody’s said in a report.

Even without longer-duration lockdowns, a self-perpetuating dynamic could take hold “resulting in large-scale destruction of businesses and entire sectors, as well as a structurally high unemployment rate,” it warned “and persistent malaise in consumption and investment.”

Moody’s forecasts feed into its closely-followed credit ratings of companies and countries. There has already been a blizzard of rating cuts since the crisis took hold, but the more dire projections will fuel worries of more to come.

Without a coordinated global effort to bring and keep the rate of COVID-19 infections down in all countries, Moody’s said the risk of a resurgence in the virus and more severe economic outcomes was “high”.

The rapid spread globally in only a few weeks indicated that even if a country can curb its infection rate enough to relax social distancing measures, as Korea has, a resurgence could easily occur.

Other risks stem from the potential for deep structural economic damage which could leave permanent scars on the hardest-hit sectors, as well as on employment and household wealth.

The shock is also transmitting unequally Moody’s warned. With the poorest segments of society disproportionately affected, “the resulting increase in inequality could fuel social discontent and political unrest.”

The agency also followed S&P in slashing its oil forecasts. It now expects benchmark Brent prices to average $35 per barrel and U.S. WTI crude to average $30 per barrel this year before ticking up to $45 and $40 respectively next year as economies perk up.

“The crisis has long-term implications for the structure of the global economy,” Moody’s said. “These changes will inevitably have costs in terms of efficiency and international trade. They could also have profound geopolitical implications”.