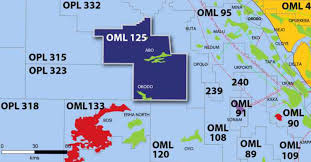 Lagos — More reason has emerged as to why the Federal Government decided to revoke Oil Mining License, OML 108 held by Express Petroleum.

SweetcrudeReports had last week, reported https://sweetcrudereports.com/2019/04/nigerian-government-revokes-licenses-belonging-to-pan-ocean-six-others/ that asses, OML 98 controlled by Pan Ocean and owned by businessman Lekan Fadeyi; OMLs 120 and 121, held by Allied Energy, now Erin Energy- the company is now bankrupt; OML 108, owned by Express Petroleum, and OML 141 held by Emerald Resources, and OPL 206 is held by Summit Oil International, a company founded by the late Moshood, have been revoked due to unpaid royalties.

However, SweetcrudeReports’ investigation uncovered a default at the renewal of a license, OML 108 belonging to Express Petroleum, whose technical activities are managed by Shebah Exploration & Petroleum, a company owned by Seplat Chairman A.B.C Orjiakor.

Earlier in the year, reports had made the rounds, hinting that many oil licenses would not be renewed, and OPL 108 owned by Express Petroleum was among those listed.

Express Petroleum which was granted OPL 108 and 227 for 20 years on November 1, 1995, has as directors Ahmadu Rufai Dantata, Tajudeen Dantata, Dalhatu Gwarzo, Lawan Omar with Aminu Alhassan Dantata as chairman.

The licenses had expired in 2014, however, four years later, aside defaulting in payment of royalties, the license for OML 108 is yet to be renewed.

The reason OPL 227’s license was spared from revocation was that in June 2008, Addax Petroleum Corporation was awarded a 40% interest in the asset located in the shallow water offshore Nigeria.

Other participants in the OPLS 227 license include Petroleum Prospects International Ltd, and Niger Delta Petroleum Resources, which are all indigenous Nigerian oil companies.

Under the terms of the deal, Addax Petroleum holds a 40% stake in the license area, and Express and PPI hold 39% and 21% respectively, with Express as the operator and Addax acting as the technical advisor.

The OML 108 (formerly OPL 74) assigned 40% interest to Conoco Energy Nigeria Limited as Technical advisor. Conoco relinquished its 40% stake in the block in 2004 and transferred it to Shebah Exploration & Production Company Limited same year.

OML 108 covers an area of 750sqkm in a water depth of 88ft (30m) in the western edge of the Niger Delta in shallow water offshore Nigeria, six miles southwest of Chevron’s Meren field but reaches water depth of 700ft (213m) on the southern portion of OML 108.

The block is composed of oil-producing Ukpokiti field, Kunza discovery and deeper pool prospects in the southern portion of the block. The Ukpokiti field comprising of 5 (five) oil wells and 1 injector wells.

Two exploration wells (Kunza-1 and Kunza-2) drilled in the Kunza discovery intersected commercial volumes of gas and condensate and will form the basis for coming appraisal, development and exploration effort. OML 108 holds significant leads towards the southern part of the block.

SweetcrudeReports learned from a source, that Express Petroleum and its partners are currently locked down in finding new and vibrant financial partners to whom they would “sell some of their stakes to raise funds to settle both license renewal and pay up the outstanding royalties.”

“OML 108 hasn’t been a vibrant asset through the years. They have found it difficult to maintain production and sustain the asset. That’s why it was difficult paying royalties and renewing,” the source added.