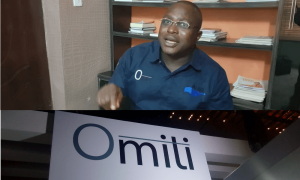 A copy of the petition made available to SweetcrudeReports revealed that Mount Spiral undertook a transaction with Omiti Engineering FZE wherein it supplied an Engineering/Project management Software (Primavera P6 Enterprise project Portfolio management – P6EPPM) to the company.

“This transaction was concluded on March 13, 2018; our invoice was submitted and duly accepted by Omiti (see attached). The payment term is 45 days maximum, which elapsed on April 27, 2018.

“To date the invoice has not been serviced despite several reminders. The management of Omiti Engineering FZE has also given several failed promises to pay and recently, when contacted, Mr. Nduka Nwosu, the managing director of Omiti, resorted to threats, abuse and intimidation. He also insists that he has debtors too and would not pay until he is paid.

“May we put on record that Mr. Nduka Nwosu had attempted to obtain a fifty million Naira facility from our company on behalf of Omiti Engineering FZE but when he couldn’t advance a believable repayment plan, we declined his request.

“We have since discovered that Mr. Nduka Nwosu uses Omiti Engineering FZE as a front to defraud unsuspecting members of the public and that our funds are now in peril.

“We borrowed funds from the bank to execute the contract which attracts accruing interest rate,” a copy of the petition to the police signed by Mount Spiral managing Director, Obiako Ikechukwu, disclosed.

The petitioner urged the Police Commissioner to investigate what it described as “the ongoing scam being perpetrated by Mr. Nduka Nwosu and his Omiti Engineering FZE to save unsuspecting members of the public further peril; that you hold him personally responsible for any harm that befalls any of our officers; that based on your investigations, you ensure that he makes adequate payment to those who have been fleeced and that you prosecute both he and his collaborators to the full extent of the law”.