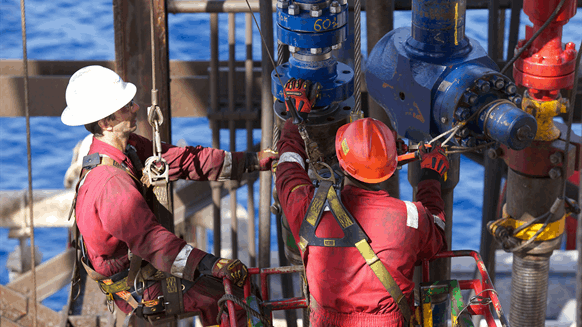 Both terminals will be built in Cabo Delgado province near recent gas discoveries that are not only bringing in much needed foreign direct investment (FDI), revolutionizing the country’s economy, but also potentially turning Mozambique into a major global LNG power house.

The two energy companies reached a joint agreement in 2015 that stipulates they will both develop adjacent offshore gas fields in Mozambique’s Rovuna Basin in an effort to tap the country’s massive natural gas reserves.

Moreover, by the start of the next decade, even more supply, particularly from five U.S.-based LNG projects (with numerous other projects under review), will be hitting the market, likely prolonging the supply overhang even longer.

“Mozambique’s debt crisis may make upstream investors wary of further commitments, and may make project financing more complex,” he said. “Secondly, although there is a fragile ceasefire between the ruling Frelimo and opposition Renamo parties, there is high potential for this to break down.”

Other Gas Opportunities
There are also other opportunities for Mozambique to consider as it develops its gas reserves, including making gas available for not only LNG export but also for power generation both within Mozambique and neighboring countries.

Anadarko operations offshore Mozambique Source: Anadarko Petroleum
According to the U.S. Energy Information Administration’s most recent analysis of Mozambique’s energy sector, the Mozambican government has been considering a substantial gas pipeline proposal. Though the first company interested in the project, South African independent oil and gas producer SacOil Holdings, has withdrawn support, officials in both governments are reportedly still trying to push the project forward.

The proposal includes constructing a pipeline from Mozambique’s Rovuma Basin to Gauteng, South Africa to deliver gas to key towns and settlements in Mozambique along the pipeline route before delivering the gas to South Africa.

Early estimates for the cost of the pipeline have been placed at $6 billion, though many analysts consider this figure too low considering likely cost overruns.