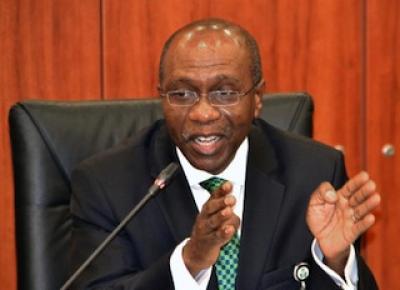 22 November 2017, Sweetcrude, Abuja – The Monetary Policy Council of the Central Bank of Nigeria (CBN) held its benchmark interest rate at 14 percent on Tuesday and said the recovery of Africa’s biggest economy from its first recession in a generation remained fragile.

CBN Governor, Mr. Godwin Emefiele said eight committee members had voted to hold the main rate, while one voted for a cut. All other policy parameters were kept unchanged.

All 15 analysts polled last week said rates would be held at 14 percent, with cuts of up to 100 basis points expected in either July or September 2018.

Official data on Tuesday showed growth of just 1.4 percent in the third quarter.

Among other risks for Nigeria, Emefiele cited low fiscal buffers.

“On the argument to hold the rates, the committee believes that the effect of fiscal policy action towards stimulating the economy has begun to manifest as evidenced in the exit of the economy from the 15-month recession.

“Although it seems fragile, the fragility of the growth makes it imperative to allow more time to make the appropriate complementary policy decision to strengthen the recovery.

“Secondly, the committee was of the view that economic activities would become clearer between now and the first quarter of 2018 when growth is expected to have sufficiently strengthened.

“The most compelling argument for a hold was to achieve more clarity in the evolution of key macroeconomic indicators, including budget implementation, economic recovery, exchange rate, inflation, and employment generation,” he said.

Mr. Emefiele said that in arriving at the whole decision, the MPC was committed to employing maximum flexibility to guide the economy on the path of utmost growth.

Nigeria’s economy shrank by 1.5 percent in 2016, its first annual contraction in 25 years. The recession was largely caused by low oil prices since the country relies on crude oil sales for around two-thirds of government revenue.

Inflation is slowing but remained at an elevated 16 percent on an annual basis in October. At the media conference, Governor Emefiele said he was optimistic consumer price-growth would moderate to one-digit levels in 2018.