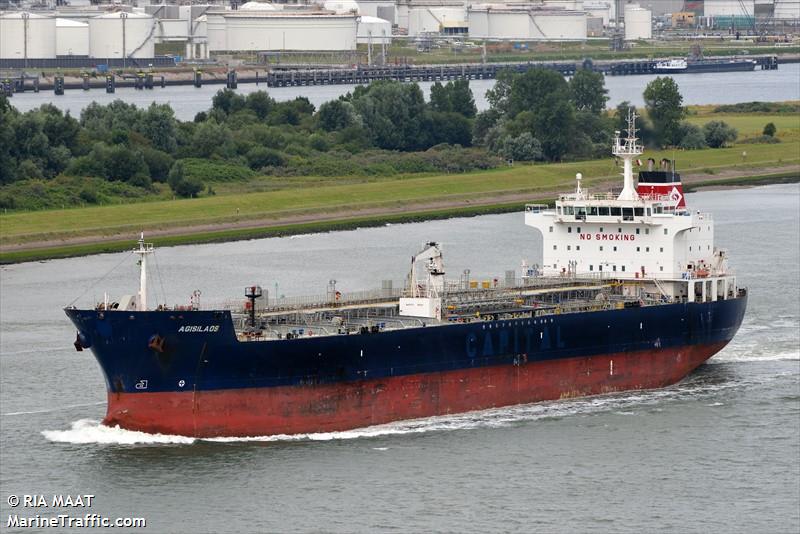 Lome, Togo — Indications are that the MV AGISILAOS (IMO: 9315745) was boarded by an unknown number of persons while underway resulting in the kidnap of 4 crew including two Filipino, one Romanian and one Russian.

The vessel is reported to be safe and the local authorities have been notified.

Analysis
This is the 24th confirmed kidnapping incident in the waters of the Gulf of Guinea within 2020 with 122 crew kidnapped from vessels.

This incident occurred in Ghanaian waters, 5nm from the Western edge of the Gulf of Guinea HRA, and 22nm west of Togo TTW. According to AIS data, the vessel changed direction to the starboard at the time of the incident and dramatically reduced speed, conducting evasive manoeuvres to avoid boarding.

Continuing incidents of successful and attempted kidnappings in the region has raised the Gulf of Guinea HRA to a critical risk rating. Three crew aboard a bunkering vessel were kidnapped on November 17, some 22nm north-east of the MV AGISILAOS incident.

While the design of this vessel does not signal any overarching vulnerabilities, this incident highlights the desperation of perpetrators in the region. Counter-piracy operations and logistical strains mean larger vessels may be targeted should attacks targeting smaller vessels with vulnerable characteristics be unsuccessful. Further attacks on vessels underway are highly likely, and vessels are advised to exercise heightened caution within and on approach to the Gulf of Guinea HRA.