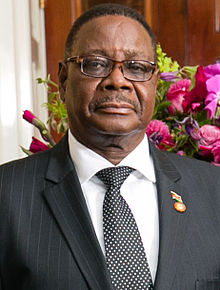 22 August 2016, Lilongwe – An influential watchdog that monitors Malawi’s extractive industries is demanding an explanation for a mysterious payment of $235,700 (89-million kwacha) to Malawi government by a company that landed major oil and gas exploration concessions on Lake Malawi.

The payment, by the state-owned UAE company RakGas to the Reserve Bank of Malawi’s account for the mines department, was made in April 2014, barely a month before the election that toppled Banda.

It was deposited at a time when all licences were supposedly suspended because of suspected irregularities.

The unusual wire transfer was picked up and queried by independent consultants LBN Strategies of Cologne and Lilongwe-based Resources M&E while examining the Reserve Bank’s accounts as part of a scoping exercise for government.

Asked about the deposit, bank spokesman Mbane Ngwira said: “The reserve bank is just a banker to government. It may not know why certain sums are coming at certain times.”

In an e-mailed response, RakGas communications officer Chimwemwe Chikusa maintained that the money was paid for licence fees and annual ground rent.

However, the country’s only network for the extractive industries, the Natural Resources Justice Network, remains unconvinced. It is spearheading a campaign dubbed “Publish What You Pay Malawi” (PWYP) that is seeking answers from the government of President Peter Mutharika.

The network embraces 33 nongovernmental organisations, including ActionAid Malawi, Oxfam Malawi, the Catholic Commission for Justice and Peace and the Media Institute of Southern Africa.

“What was this money for and how has it been used?” asked PWYP in a press release headed “Five Unanswered Questions on Exploration of Oil and Gas in Malawi’s Lake and Land”.

More than eight months into the campaign, the government has not provided an answer.

One implication of its silence is that Malawi may be falling foul of its commitments as a newly admitted member of the Extractive Industries Transparency Initiative (EITI), a global body.

Launched by former British premier Tony Blair at the International Conference for Sustainable Development in Johannesburg in 2002, the 48-member EITI seeks to roll back the plunder of oil, gas and mining resources by elites and combat the so-called “resource curse” in the developing world.

It sets standards for transparency called “the EITI standard”.

The country is required to publish its first EITI report within 18 months of becoming a candidate, disclosing all revenues from its extractive industries.

But in August 2015 new government data was unveiled asserting that the country has other valuable mineral deposits including gold, platinum, rare earth minerals, iron, copper, coal, oil, gas, diamonds and other gemstones.