N86b ECA was unaccounted for between January-July 2017 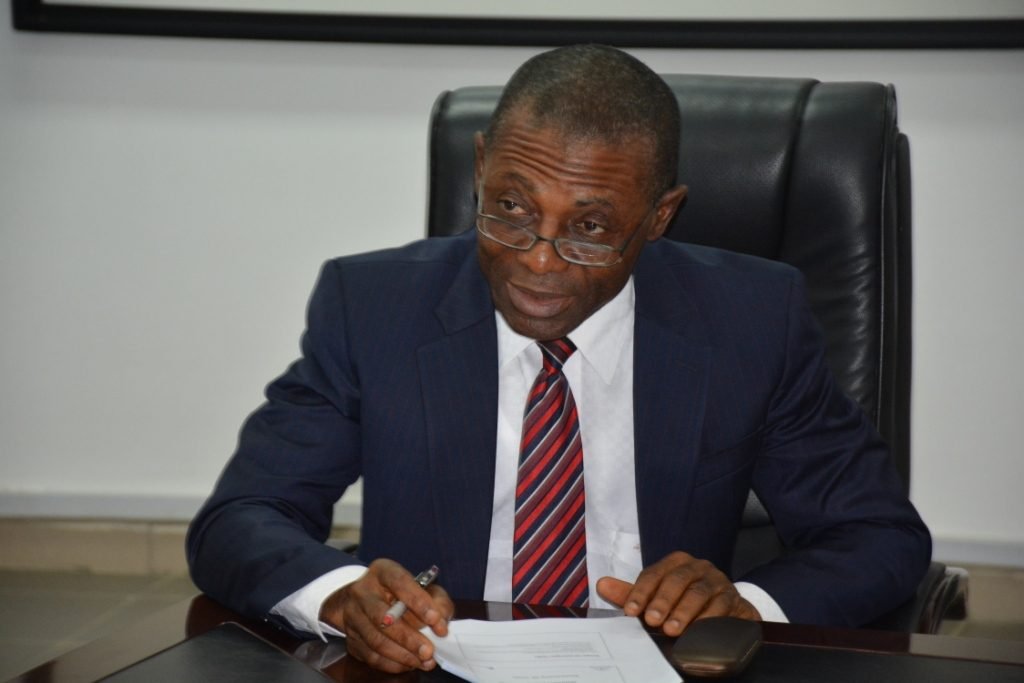 08 January 2019, Sweetcrude, Lagos — Fresh investigation has shown that the sum of N86 billion was unaccounted for in the Excess Crude Account, ECA between January and July 2017.

Data analysed from the National Bureau of Statistics, NBS’ newly released Fiscal Statistics for the period under review, showed that a total of N86.502 was not accounted for in the ECA.

The money was the excess revenue generated from crude oil sales within the period, which ought to have been deposited into the ECA by the Nigerian National Petroleum Corporation, NNPC.

The ECA is used to save revenues in the excess of the budgetary benchmark price, generated from the sale of oil.

The objective of the Excess Crude Account was primarily to augment planned budget against shortfalls due to the volatile crude oil price at the international market.

The money is usually shared amongst the three tiers of government to make up for shortfalls in the national budgets.

According to the statistics generated by NBS, at the beginning of 2017, the sum of N981. 918 billion was expected from crude oil sales from January to July.

Nigeria’s 2017 budget as presented by President Buhari in December 2016 was put at N7.28 trillion, however, in April when passed by the National Assembly, grew to N7.44 trillion.

This means that the country excess revenue from crude oil sale from January through February. NBS said excess of N86.502 billion was made, however, according to records, no money was saved into the ECA account all through the period. No explanation was given as to what the money was used for, or where the money went.

A breakdown of how come the N86.502 excess oil revenue showed that- federal government had expected N981.918 from crude oil revenue within the period.

ECA grows by N70 billion last November
Despite the excess revenue from export of crude oil within the months under review, no amount was documented to have been deposited into the account until last November when N70 billion was deposited, according to statistics from the NBS.

SweetcrudeReports could not ascertain where the N70b came from as no record explaining how-come the money has been provided.

However, between November 25 and December 19, the amount in account declined by about $ 1 .68 bn, according to statistics from the FAAC have.

As of November 25 when the FAAC committee meeting was held to allocate revenue for that month, the balance in the ECA was put at $ 2 .319 bn.

ECA is illegal
The Auditor-General of the Federation, Anthony Ayine, has said the Excess Crude Account, ECA, is being operated “illegally”.

Mr. Ayine, had in his most recent report, advised the federal government to legalise its continued maintenance of the ECA, adding that deductions such as PPT/Royalty which was usually made from total Oil and Gas revenue collected before the balance was paid to the Federation Account, were illegal.

“These deductions would appear to contravene the provisions of Section 162 (1) of the Constitution of the Federal Republic of Nigeria, 1999 which states that ‘The Federation shall maintain a special account to be called “The Federation Account” into which shall be paid all revenues collected by the Government of the Federation,” the report said.

Again, the Senate in November 2017, had raised an alarm, that the ECA was illegal, with some senators describing it as the “biggest slush fund” for governors.

ECA should be collapsed into Sovereign Wealth Fund

Former President of the Nigerian Association of Petroleum Explorationists, NAPE, and former staff of Addax Petroleum in Nigeria advised the federal government to collapse ECA into the stabilisation account of the Sovereign Wealth Fund, SWF.

According to him, an attempt had been made to institutionalised the ECA in the Fiscal Responsibility Act of 2007 but State governors claimed it contradicts the 1999 constitution.

FG to float new rules for revenue inflow, withdrawal in 2019

In spite several warnings against maintaining the ECA, the federal government is not looking to abolish it rather, it is currently discussing putting a ceiling over how withdrawals would be made from the Excess Crude Account, ECA, starting from this year.

The new guidelines for revenue flow and withdrawals from the ECA are currently being perused by the Federal Accounts and Allocation Committee, FAAC.

A document seen by SweetcrudeReports showed that the ad-hoc committee was constituted in July 2018 by the former Minister of Finance and then chairman of FAAC, Kemi Adeosun.

According to the report, the committee said any month where the net distributable revenues available for sharing by the federal, states and local governments from the Federation Account falls below N680 billion, funds should be withdrawn from the ECA to augment the shortfall to at least N680 billion.

Again, the committee recommended that if, on the other hand, the net distributable revenue is between N680 billion and N730 billion, up to about N50 billion should be transferred into the ECA as saving.

The report said if the net distributable revenue for the month is between N730 billion and N830 billion, the committee recommended that up to about N100 billion should be transferred to the ECA, or a minimum of N150 billion if the figure is above N830 billion.

Also, the committee spelled out new criteria for monthly revenue transfers into and withdrawals from the ECA.

According to the committee, henceforth further transfers into the ECA should be made a net of the 13 percent derivation, which component should be paid to the oil-producing states.

In addition, the committee said withdrawals from the ECA in respect of the 13 percent derivation share to the oil-producing states, should be calculated and credited to their accounts accordingly, while future withdrawals from the ECA should be net of the 13 percent derivation share paid to the oil-producing states.