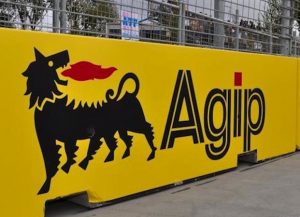 11 May 2018, Sweetcrude, Port Harcourt – The Nigerian Agip Oil Company, NAOC, will on Tuesday next week meet with the youth in its host communities in Ahoada West Local Government Area of Rivers State, to respond to issues of alleged neglect of their communities.
The umbrella youth body in the area, Ekpeye Youth Congress, EYC, had recently issued a 72-hour ultimatum asking the oil firm to address the needs of the host communities or face a total shutdown of its operation in the area.
President of EYC, Mr. Ogboka Umeda, demanded for employment opportunities for members of the host communities and access roads to the communities, alleging that Agip had abandoned the road leading to Akala-Olu, one of its host communities in the area.
The group lamented that the Ekpeye youth have not benefited from the company since it began operations in the area, warning that failure by the company to address the demand will lead to complete shutdown of its facilities in Ekpeye land.
Umeda confirmed to our correspondent on telephone that Agip has commenced dialogue with the youth body over the issue and that the company and the group will be meeting on Tuesday to continue discussions on demands of the youth body.
“Actually we were invited and we presented our demands. We have just opened a discussion with the company and we will be meeting again on Tuesday. We are giving them room for dialogue.
“We have actually commenced discussion and we are hoping that by the time we meet again, we should have arrived at something and they would give us concrete assurance on when and what time they would start.
“If only they will attend to the issues raised, we won’t have any issue with them. Access roads and employment, that’s all we are asking for,” he said.
The Ekpeye leader further said that the youth are already mobilised for a showdown, but they have accepted dialogue as a way of giving peace a chance.
Asked if he was optimistic that the company will meet the demands of the community, Umeda said: “I don’t know, because of the way they have treated us over the years, until they give me that room to believe them in our next meeting, For now I don’t know.”