NAPE calls for establishment of Energy Bank in Nigeria 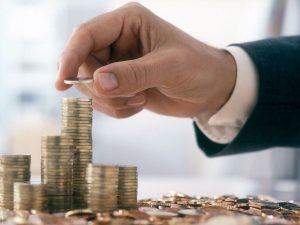 Lagos — The President of the Nigerian Association of Petroleum Explorationists, NAPE, Mrs. Patricia Ochogbu, has called for the establishment of Energy Bank in Nigeria.

Speaking to journalists in Lagos, Ochogbu said an energy bank would give oil and gas industry players better access to funding, which could help indigenous players in the industry achieve capacity development.

According to her, an energy bank will bring lower interest rates, which would ensure better opportunities for industry players in terms of access to cheaper funding and also ensure they are able to successfully execute various projects calling for attention in the industry.

Citing the example of an industry operator, First E&P, which, she said, worked for almost eight years before it was able to sell its first oil, the NAPE president noted that if the government had been able to establish an energy bank, the company and others operating in the sector wouldn’t have to go through so much troubles before selling first oil.

She added: “What I can say to government is that they should create an enabling environment. One of the things that people don’t talk so much about is the amount of taxes. There is multi-level taxation that this industry faces. As you are looking for funding to do this, you know that the federal government will take, the state governments will take, councils will take, even in your operating community.

“Government can help us in that area, like streamlining the taxes and making the environment friendly. A lot of people have ideas, a lot of people have what it takes to make something happen in the industry, but if they don’t have access to funds or if a big chunk of the fund will go into non-production type cost, then it becomes a problem”.