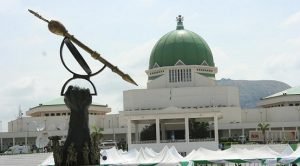 02 April 2018, Sweetcrude, Abuja – Nigerians will have to pay more for fuel as the National Assembly on Wednesday harmonised and jointly passed the Petroleum Industry Governance Bill (PIGB) with 5 percent levy on fuel sold across the country.

The Senate and House of Representatives have earlier separately passed the bill.

Wednesday’s passage followed the consideration and adoption of the conference committee report on the bill.

According to the lawmakers, the new levy on fuel will be used to fund the Petroleum Equalisation Fund (PEF) as reflected in the new bill.

The bill provides for a levy of five Naira on every litre of petrol and diesel sold in the country, whether imported or refined. It equally proposed the return of tolls on all federal roads and the setting aside of 0.5 percent of transport fares paid by mass transit passengers for inter-state trips to generate funds for the rehabilitation and maintenance of roads in the country.

However, roads built under Private Public Partnership (PPP) policy are to be excluded from the tolls.

Other sources of financing the PEF, as stated in the bill, include subventions, fees, and charges for services rendered as well as net surplus revenue recovered from petroleum products marketing companies.

The bill empowered the PEF to collect all revenues and levies charged, determine the net surplus revenue recoverable from any oil marketing company and accruing to that company from the sale by it of petroleum products at such uniform prices as may be fixed by the minister and determine the amount of reimbursement due to any oil marketing company for purposes of equalisation of price of products among others.

It also seeks to provide for the governance and institutional framework for the petroleum industry.

The regulatory bill also seeks to replace the NNPC with the National Petroleum Commission.

Already, the Independent Petroleum Marketers Association of Nigeria (IPMAN), National Union of Petroleum and Natural Gas Workers (NUPENG) and some civil society groups have vowed to oppose the bill. They argued that the bill if allowed to become law, will worsen the current economic hardship Nigerians are passing through.

However, Senate President, Dr. Bukola Saraki, has stoutly denied that the bill will lead to an increase in the pump price of Premium Motor Spirit (PMS), otherwise known as petrol.

He explained that the report of the committee which worked on the bill has different suggestions on how to generate funds for maintenance of the nation’s road network.

Saraki further stressed that there was a consensus on the desirability of the Fund and the need to ensure that the money to be generated for it from the sale of fuel should be accommodated within the current fuel price template, without increasing the current pump price of the product.