…To domicile NFIU in Central Bank 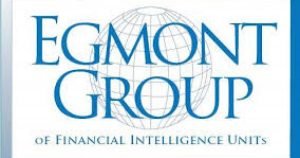 The latest intervention by the President of the Senate, Dr. Bukola Saraki, and the Speaker of the House of Representatives, Hon. Yakubu Dogara, followed the impasse at the conference committee level on the harmonisation of the Nigeria Financial Intelligence Bill passed by the respective legislative chambers on the autonomy and domiciliation of the Nigeria Financial Intelligence Unit (NFIU).

It was gathered that the two leaders of the National Assembly, who met behind closed doors, resolved to domicile the NFIU in the Central Bank of Nigeria (CBN), in order to fast-track the passage of the bill.

There had been a major altercation between the relevant Senate and House Committees on Financial Crimes and Anti-Corruption on whether to domicile the NFIU at the CBN or the Economic and Financial Crimes Commission (EFCC).

Whereas the Senate committee wanted the agency to be domiciled in the CBN, the House committee preferred that it be retained within the EFCC, with operational and financial autonomy.

But with the resolution reached by Saraki and Dogara, it was learnt that the report of the Conference Committee on the NFIU is expected to be signed by both committees on Monday.

Nigeria was suspended from the Egmont Group in July 2017 over the country’s failure to grant operational and financial autonomy to the NFIU, which operates from within the EFCC.

The country was given till the next meeting of the group to comply, or risk expulsion.

The intervention of the leadership of the National Assembly came ahead of the Egmont Group’s next meeting which is scheduled to hold on March 12. At the meeting, it would be determined whether Nigeria has complied with the requirements to warrant the lifting of its suspension.

If Nigeria is found to be non-compliant, the country would be expelled from the group, which is a network of national intelligence financial units of 152 countries.

The transmission of the NFI Bill, which has been passed by both legislative chambers to President Muhammadu Buhari for assent, had been delayed by the inability of the conference committee to agree on the domiciliation of the agency.

But it was gathered that Saraki and Dogara’s meeting Thursday came on the heels of the point of order raised Thursday at the Senate plenary by the Chairman, Senate Committee on Financial Crimes and Anti-Corruption, Senator Chukwuka Utazi, who had complained that his counterpart in the House, Rep. Kayode Oladele, had refused to honour a series of scheduled meetings to harmonise the bill.

He said the delay in transmission of the conference report was due to the insistence by the House committee to domicile the unit within the EFCC.

According to Utazi, “If we do not put our house in order, we (Nigeria) will be expelled. The expulsion will have severe consequences: our banks will not be able to do anything, our banks and foreign transactions will no longer amount to anything. We will be degraded.

“Even the Corruption Index we are complaining about will be child’s play relative to what we are going to face in a few days to come,” Utazi warned.

He recalled that the bill was passed by the Senate within eight legislative days, which was not the case in the House

“We called for another meeting. Each time I called for this meeting, my counterpart in the House of Representatives will always tell me that he is attending one meeting or another. Even this morning (yesterday), I sent him a message and he said he was attending a budget defence meeting. I told him that this meeting was more important. He knows what is at stake,” Utazi added.

The senator said it would not be the fault of the Senate, if Nigeria is expelled from the Egmont Group.

Presiding, Saraki said the leadership of the National Assembly was committed to averting Nigeria’s expulsion and would ensure the urgent resolution and transmission of the bill to the president.

“This matter has been discussed at the leadership level and a conference committee was set up. I am surprised that this meeting has not taken place.

“Both of you will work on it as fast as you can, so that we can transmit this bill to the president before the next Egmont meeting in order to save this country. We will take action,” Saraki assured Utazi.

Speaking on the outcome of the engagement between Saraki and Dogara, Oladele Thursday night said: “The update is that we have resolved the knotty issues. Initially, we had a problem with a clause, which after the meeting of the leadership of the National Assembly was finally settled.

“I think in the next few days, we are going to sign the conference report.”

Nigeria was fully admitted into the body in 2007, after operational admittance in 2005.

Also at plenary Thursday, the Senate passed the Federal Audit Services Bill to boost the anti-corruption fight of the administration.

The bill seeks to enhance the powers of the Auditor-General of the Federation and will provide for executing audits on classified expenditure and encourages forensic audits.

Saraki, in his remarks on the bill, said it would ensure independence for the Office of the Auditor-General of the Federation and grant it unfettered access to the books of agencies and parastatals of government.

“We truly have to block all the various leakages. We have to ensure that we get this to Mr. President to get his assent.

“We have gone a long way in this administration in our fight against corruption, and it is commendable that the National Assembly members are the sponsors and movers of this very important bill, which we can see has been outdated for many years.

“We will continue to play our part in this fight against corruption for the sake of our country,” Saraki said.