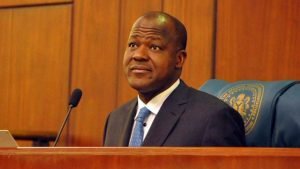 22 March 2018, Sweetcrude, Abuja – The National Assembly has announced that the 2018 appropriation bill will be laid before both chambers on April 19 and will be passed on April 24.

The Speaker of the House of Representatives, Hon. Yakubu Dogara, made this disclosure on Wednesday, stating that the harmonised date was decided by both chambers of the National Assembly.

Dogara disclosed further that both the Senate and the House of Representatives have agreed that the budget will be presented on April 19 and passed on April 24.

Meanwhile, President Muhammadu Buhari has directed all Agencies, Corporations, and Government-owned Companies to submit details of their 2018 budget estimate to the appropriate Committees of the National Assembly not later than Friday, March 23.

The Secretary to the Government of the Federation, Mr. Boss Mustapha, conveyed the directives in a circular letter made available to newsmen on Tuesday in Abuja.

He urged supervising Ministers to ensure timely compliance with the content of the circular.

The SGF also ordered the agencies to comply with the provisions of the law and honour invitation to defend their estimates timeously.

”It has come to the attention of Government that a number of Agencies, Corporations, and Government-owned Companies have not fully complied with the provisions of Section 21 of the Fiscal Responsibility Act (FRA) 2007.

“Agencies are reminded that the FRA 2007 provides that consequent upon laying of a summary of budget estimates of Agencies listed in the schedule to FRA alongside the National Budget by Mr. President, it is required that details of such budgets be made available to the National Assembly for consideration and passage,” he said.