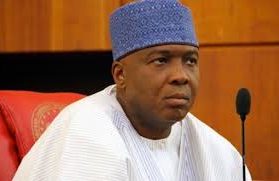 The bill seeking to make NFIU autonomous was passed by the Senate in July last year but it has since been delayed at the House of Representatives.

In a series of tweets on Sunday, Saraki said he had met with the Speaker of the House of Representatives, Hon. Yakubu Dogara, over the issue.

The Senate President said a conference committee meeting for the bill would hold on Monday and the reports would be laid in both chambers on Tuesday.

“Following my meeting on Thursday with Speaker @YakubDogara, the chairman @NGRSenate committee on anti-corruption and @HouseNGR chairman on financial crimes, the conference committee meeting for the NFIU bill will hold tomorrow and the report presented in both chambers on Tuesday,” the senate president tweeted.

“I am confident that we will pass the NFIU bill this week.”

In July, it was reported the suspension of Nigeria by Egmont Group because of the “interference” of the Economic and Financial Crimes Commission (EFCC) in the workings of the unit.

The group has 153 member countries, including the US and the UK.

Ahead of its meeting in Buenos Aires, Argentina, between March 11 and March 16, Nigeria is expected to make NFIU independent in order to avoid expulsion.

In the event of an expulsion, Nigeria will no longer be able to benefit from financial intelligence shared by member countries, while the country’s ability to recover stolen funds abroad will also be hampered.

Nigeria will also be blacklisted in international finance and this could affect the use of credit and debit cards by Nigerians abroad.