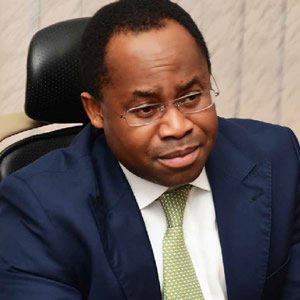 The financial accounts and report for the year ended December 31 were approved on Thursday in Abuja by the group made up of the 36 state governors in Nigeria, top government officials and the Central Bank of Nigeria, CBN, governor.

According to the accounts, the investment agency recorded profits in all its operations for the fifth straight year.

Managing Director and Chief Executive of the Authority, Uche Orji, who presented the report, said it received an extra of $250 million from the federal government in the third quarter of 2017, adding that the return on investments on assets was up to 6.6 percent in dollar terms.

“It is actually shifting its focus now to infrastructure and direct investment locally in the country which is of great benefit to us as a nation,” Mr. Ifeanyi Okowa of Delta State said.

On the 2017 activities of the NSIA, the governor said this included the implementation of the Presidential Fertilizer Initiative, PFI in 2017.

He said the initiative was to rehabilitate moribund fertilizer plants in the country to allow the produce and sell the commodity at subsidized rates to farmers.

Besides, work was continuing on the second Niger Bridge in which NSIA had been involved in the past, he said.

The authority has plans to extend the services of the schools to other states of the federation.

Other investment initiatives by NSIA also included investments in Babagona, an agricultural franchise that empowers smallholder farmers across the country.

In 2018, the NSIA said it intends to focus on executing infrastructure investment across the nation, including roads, investment in agriculture and health.

“We are hoping that all these will impact on infrastructure development and development of industrial real estates across the country,” Mr. Okowa said.

At the end of the presentation, the governor said council eventually approved the account presented by NSIA.

NSIA is currently amongst others implementing the Presidential Fertilizer Initiative, PFI since 2017 and has commenced construction of first three healthcare projects in Lagos, Kano and Umuahia respectively.

The NSIA also own 13% of Bridge International Academics Ltd – a network of Schools which delivers affordable high-quality Primary education to lower-income families.

The organisation also invested in Babbar-Gona – an agricultural franchise that empowers smallholder farmers and will 2018, focus on executing infrastructure investments strategy in its core focus areas of Power, Toll Roads, Agriculture and Healthcare etc., in addition to exploring opportunities in other sectors of investment such as refining, transport infrastructure and industrial real estate.