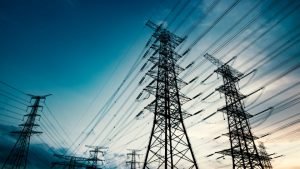 The grid collapse at 1.00m pm on Monday – the second time in about a month, thereby throwing many parts of the country into darkness.

In separate notices on their social media platform, Facebook, pages, the two power distribution companies or Discos appealed for the understanding of their customers as they assured that efforts were on to rectify the situation.

Eko Electric wrote on its Facebook page: “Dear valued customer, we regret to inform you of a system collapse on the national grid that’s causing outages across our network.  We are working with our TCN partners to restore supply as soon as possible. Please bear with us”.

Kaduna Electric, on its part, wrote: “Dear esteemed customers, we sincerely apologise for the power outage in our franchise states which is due to a system collapse from the national grid. Supply shall be restored as soon as the grid is back up. We regret any inconvenience this may cause all our customers”.

Following the collapse of the national grid, Nigeria lost about 611 megawatts of power.

According to the operator of the grid, TCN, the loss took place at two unnamed power stations.

Prior to the system collapse, total electricity generation in the country stood at 3,555.6MW as of 6am on Monday, down from 3,789.2MW on Sunday, according to the Nigerian Electricity System Operator.

The grid has continued to suffer system collapse over the years due to lack of spinning reserve.

Findings showed that the five power stations meant to provide spinning reserves had not been doing this for years.

NERC had in its report for the third quarter of 2017 highlighted the need for adequate proactive measure (adequate spinning reserves) to prevent the system from being destabilised.

It said at the time that it was determined to provide all regulatory intervention necessary to ensure that the TCN procured sufficient spinning reserves.