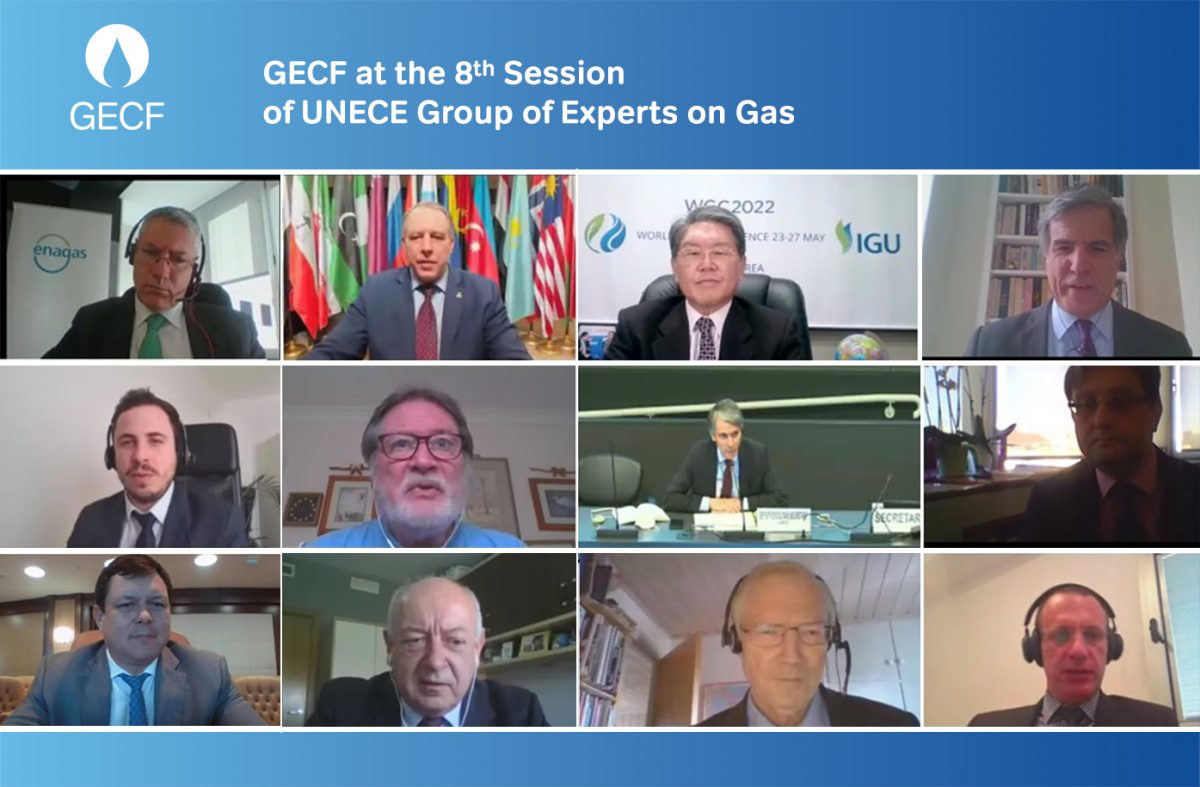 Doha, QATAR – The Gas Exporting Countries Forum (GECF) supports the intention of the EU to consider gas as a sustainable source of energy under the new green labelling system, the Secretary General of the association of 19 leading gas-exporting countries has said.

Speaking as a keynote at the 8th Session of the Group of Experts on Gas of UNECE (United Nations Economic Commission for Europe), HE Yury Sentyurin said the Forum hopes that the European Parliament and the EU Member States will support the sustainability rating of natural gas when they are due to discuss this next month.

“GECF believes that all UNECE member States should recognise the use of gas, especially in cases where the gas technology replaces higher-emitting power sources and can cut emissions,” said HE Sentyurin.

The UNECE’s Group of Experts on Gas is a high-level policy consultation body to empower and inform the work of UNECE Committee on Sustainable Energy. At present, UNECE boasts 56 member States in Europe, North America and Asia, including Russia and the U.S. – two members that are expected to provide it with up to 70% of gas production by 2050.

Citing the latest available figures available from the GECF Global Gas Outlook 2050, the Secretary General noted that natural gas supply in the UNECE region will increase at an annual average growth rate of 0.8%, representing an overall increase of 29%, climbing from 2,320 billion cubic metres (bcm) in 2019 to around 3,000 bcm in 2050.

“The UNECE region will be responsible for 18% of the total gas demand growth through to 2050. Despite ambitious decarbonisation targets in many UNECE members, natural gas will retain a critical role in region’s energy mix, being the most resilient hydrocarbon resource,” added HE Sentyurin.

Whilst the 8th edition of the Group of Experts on Gas was held in the backdrop of COVID-19, the session noted that the UNECE region is falling short of its commitments and objectives on sustainable energy. The Group of Experts concluded that its key contribution to achieving these objectives could be in two areas: (a) deep transformation of the energy system; and (b) reducing the environmental impact of energy.

Natural gas, it was asserted, should begin to be seen as beyond a fuel, and as a vector of energy transition including, notably, hydrogen and bio-gas.

This catalytic potential of gas was highlighted by other distinguished global gas executives who had gathered to tackle the gas-powered post-COVID-19 recovery as a step towards a decarbonised world. The UNECE’s focus of attention this year in the context of Sustainable Development Goals (SDGs) is air quality and health.

“A (UN) General Assembly resolution adopted on 21 Dec 2020 recognised the key role that natural gas plays in many countries and calls upon governments to enhance energy security through sharing of best practices in security of gas supply and demand. I interpret this resolution as a clear mandate for our continued work,” said Mr Garcia.

Delivering the statement, the IGU President Joe M. Kang noted: “Continued calls for only electrical pathways to Paris (Agreement) targets is a setup for failure on both Paris and the Sustainable Development Goals. The International Gas Union believes an achievable transition is one that delivers clean, secure and affordable energy, using electrons and natural gas and hydrogen molecules.”

The Group’s mandate is a long-term, holistic exploration of the role of gas in attaining SDGs. In addition to its central theme – SDG7 (Access to affordable, reliable, sustainable and modern energy for all), in every two-year cycle the Group focuses on a subset of SDGs. In 2022-2023 the Group of Experts will take a deeper look at SDG3 (health), SDG 9 (Industry and Innovation) and SDG 11 (sustainable cities).

Other areas that came under discussion were best practices in methane management in the gas sector, decarbonisation through synergies between gas and electricity, hydrogen, sustainable production and consumption of gas and liquefied natural gas, and gas in transport.

At the end of the session, the Group recommended that reducing pollution levels and improving air quality will be tied to factors such as:

The GECF is a regular contributor to the discussions of the UNECE Group of Experts on Gas. Most recently, it also took part in the 1st Steering Committee of a UNECE project “Improving capacities of UNECE member States to decarbonise the transport sector by increasing the use of natural gas as a motor fuel”.