Nusa Dua, Indonesia — The global economic outlook remains extremely uncertain, the head of the International Monetary Fund said on Wednesday, warning that further disruption in the natural gas supply to Europe could plunge many economies into recession.

In a blog published ahead of this week’s meeting of finance officials from the Group of 20 major economies, IMF Managing Director Kristalina Georgieva said Russia’s war in Ukraine had darkened the economic outlook significantly, and the IMF was poised to downgrade its outlook for 2022 and 2023. 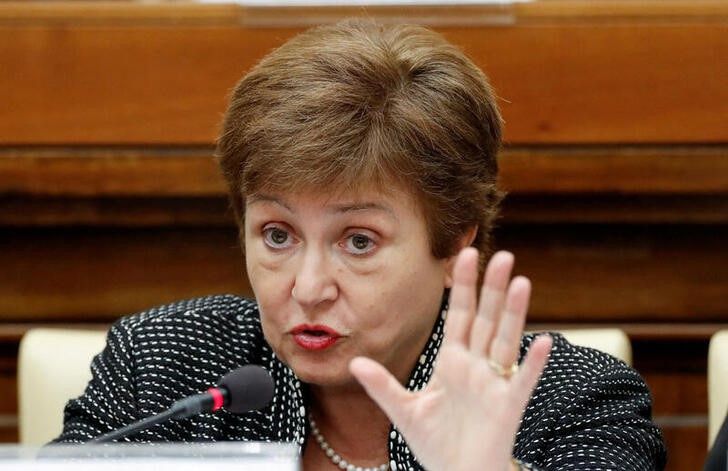 *IMF Managing Director Kristalina Georgieva speaks during a conference hosted by the Vatican on economic solidarity, at the Vatican, February 5, 2020. REUTERS/Remo Casilli/File Photo

Georgieva last week told Reuters the fund would scale back its previous forecast for 3.6% growth in 2022 for the third time this year and said she could not rule out a recession next year.

New numbers are due out later this month, after a downward revision of nearly a full percentage point in April.

Georgieva said the war was causing a worsening human tragedy while related commodity shocks were slowing growth and driving up prices, exacerbating a cost-of-living crisis that threatened to drive an additional 71 million people into extreme poverty.

“Countries must do everything in their power to bring down high inflation … because persistently high inflation could sink the recovery and further damage living standards, particularly for the vulnerable,” she said, adding that rising concerns over food and energy supplies also elevated the risks of social instability.

To avoid further hunger, malnutrition and migration, wealthier countries should provide urgent support for those in need through new bilateral and multilateral funding, as well as reversing recent restrictions on food exports, Georgieva said.

Most central banks would need to continue to tighten monetary policy decisively, especially in countries where inflation expectations were starting to de-anchor. Without action, she said, those countries could face a “destructive wage-price spiral” that would require more forceful monetary tightening, with even more harm to growth and employment.

Policymakers should also be ready to use foreign exchange interventions or capital flow management measures where external shocks were so disruptive that they could not be absorbed by flexible foreign exchange rates alone, Georgieva wrote.

Countries with high debt levels should reduce reliance on foreign currency borrowing and scale back fiscal spending to reduce the burden of increasingly expensive borrowing.

But she said urgent efforts were also needed to reduce debt, especially in emerging and developing economies with high foreign exchange liabilities, noting that some 30% of emerging market countries and 60% of low-income nations were now in or near debt distress.