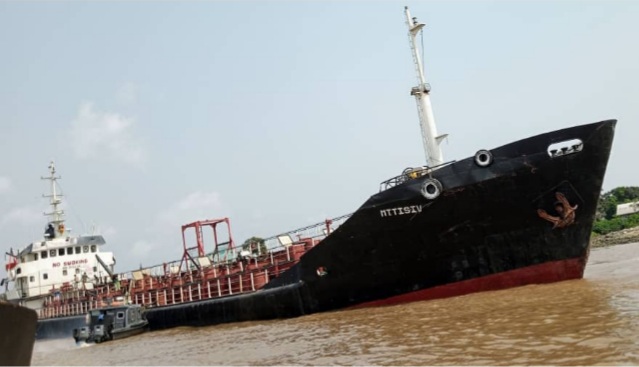 Port Harcourt — A total of 22 suspected oil thieves and a vessel, MT Tis IV with 700,000 litres of suspected illegally acquired crude oil, handed to the Economic and Financial Crimes Commission, by the Nigerian Navy, are being quizzed over alleged illegal oil bunkering.

According to the EFCC Head, Media and Publicity, Mr. Wilson Uwujaren, the suspects were arrested by the Nigerian Naval Ship, NNS Soroh, along Akassa River in Bayelsa State on December 6, 2021, and handed over to the anti-graft agency last Friday. 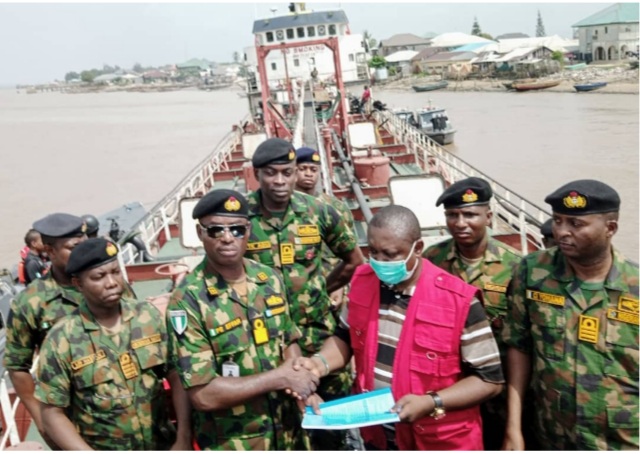 *Naval officers and EFCC officers aboard the vessel

Representative of Nigerian Navy, Navy Commander P. E Effah, who handed over the suspects and the vessel to the EFCC, said they were arrested for alleged involvement in illegal oil bunkering activities.

“At the time of arrest, the vessel was laden with about 700,000 litres of products suspected to be illegally sourced crude oil.

Representative of the EFCC who took over the suspects and the vessel on behalf of the Commission, Assistant Superintendent of the EFCC, Mr Anthony Mark, thanked the Navy and promised diligent investigation and possible prosecution of the suspects.