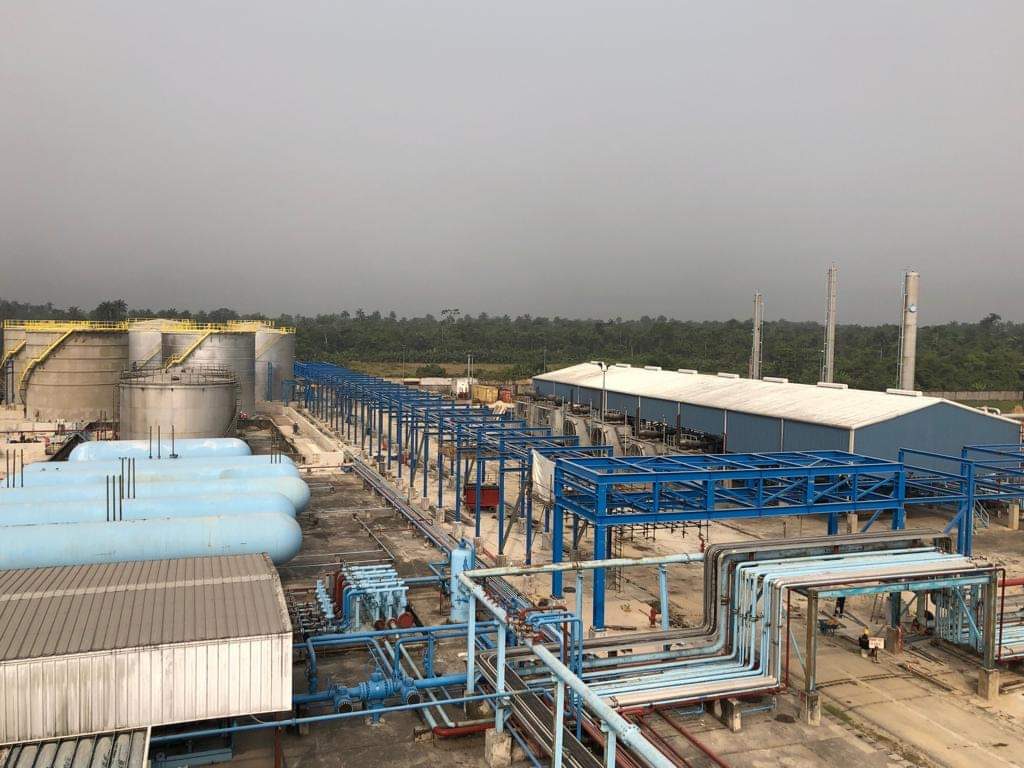 Lagos — The Nigerian Content Development and Monitoring Board, NCDMB on Monday acquired equity in the 12,000barrels per day Azikel Hydroskimming Modular Refinery being constructed by Azikel Petroleum Limited at Obunagha, Gbarain, Bayelsa State.

When completed and operational in 2021, the refinery will produce about 1.3million litres of premium motor spirit (petrol) as well as diesel, kerosene, mixed liquefied petroleum gas (cooking gas) and a small percentage of heavy fuel oil.

The Executive Secretary of NCDMB, Engr. Simbi Kesiye Wabote and the Director of Finance and Personnel Management, Mr. Isaac Yalah signed the Shareholders Agreement and the Share Subscription Agreement during a ceremony at the Board’s office in Yenagoa, Bayelsa State, while the President of Azikel Petroleum Limited, Dr. Eruani Azibapu Godbless and Vice President, Mr. Presley Asemota signed for the company.

Wabote described the Azikel modular refinery as the second and largest so far in the Board’s portfolio of support for the construction of modular refineries, noting that the partnership had huge prospects in jobs creation, value retention, petroleum products availability and in the development of in-country capability.

He added that ’’the project fits perfectly with our vision to serve as a catalyst for the development of Nigeria’s oil and gas sector.”

He said NCDMB was in the final stages of commencing partnership in the development of another modular refinery in Calabar, Cross River state before the end of 2019.

According to him, ’’we are proud to be part of the journey to wean off our dear country from massive importation of petroleum products. Our data analytics show that we can more than double the contribution of the oil sector to the Gross Domestic Product if we achieve the current growth trajectory with the refurbishment of existing refineries, completion of the Dangote Refinery, and ongoing modular refineries, to bring refining to about 50 percent of our oil production capacity from the current level of below 20 percent.”

The Executive Secretary further explained that the Board’s intervention extends to gas processing and utilization and it had progressed discussions with partners on the establishment of LPG cylinders manufacturing plant, LPG depots, and gas processing facilities. ’’One of the projects of interest is the establishment of an Inland LPG Depot in Abuja to complement Federal Government’s LPG Penetration Initiative. This project is part of the gas value chain as it utilises condensate which is one of the by-products from gas processing.”

He commended President Muhammadu Buhari for his foresight in approving the licensing of modular refineries as a strategic solution for promoting local refining of petroleum products, job creation, and industrialization. He also announced that Shell Petroleum Development Company, SPDC would partner with Azikel Refinery by providing it crude feedstock from its oil fields.

In his comments, Dr. Eruani described NCDMB’s partnership in the modular refinery project as historic, highlighting that the Board has gone beyond its role as a regulatory agency to also serve as a catalytic agent to develop the infrastructure needed to address the insufficiency of refined petroleum products in Nigeria.

He noted that the company was licensed in 2015 as part of the current administration’s efforts to liberalize the downstream sectors for private participation and it had maintained the lead among 36 other licensed modular refineries.

Eruani confirmed that products from Azikel Refinery would meet the petroleum needs of residents in Bayelsa and the Niger Delta region, noting that ”we are creating industrialization and employment, rejigging the economy of the Niger Delta people and Bayelsa State.”