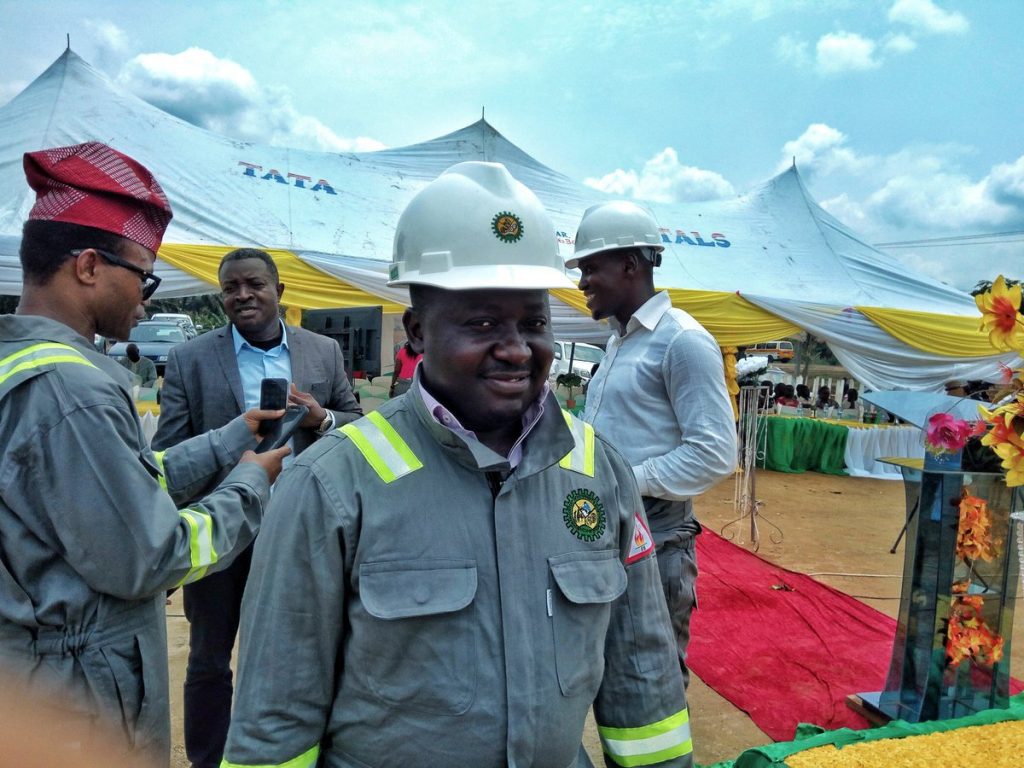 *The ground-breaking Ceremony of the Nigerian Oil and Gas Park at Odukpani, Cross Rivers State.

The Odukpani Park is the first to take off among four planned sites and will be followed by the site in Emeyal 1, Ogbia Local Government Area, Bayelsa State.

Speaking at the ground-breaking ceremony on Friday, the Executive Secretary, NCDMB. Engr. Simbi Wabote credited his predecessors for initiating the Nigerian Oil and Gas Park Scheme (NOGAPS), adding that it “fits nicely into our 10-year strategy roadmap aimed at raising in-country value retention in the oil and gas industry from the current levels to 70 percent.”

He described the ground-breaking as a great step towards achieving one of the Board’s key mandates, which is ‘’to develop the capacity of local supply chain for effective and efficient service delivery without compromising oil and gas industry standards.’’

He asserted that about 2000 jobs would be created when the park begins full operation while the citizens of the host community and environs will benefit from on-the-job training opportunities. “This project will positively impact Cross River State in general and Odukpani community and its environs in particular. This positive impact will be felt both at the construction and operations stages of the project.”

Wabote explained that NOGAPS sites are planned to be sited close to existing power plants while provisions are also made to generate captive power in a bid to address the electricity challenges that face most Nigerian manufacturers and businesses.

The Executive Secretary also charged the host community to support and defend the project so it will be completed as planned, warning that the Board would discontinue the project if it faces unreasonable demands and disruptions by youths.

In his remarks, the Deputy Governor of Cross Rivers State, Professor Ivara Esu congratulated the Board on the commencement of the project and promised that the state government will monitor and support the execution.

The clan head of Odukpani, His Royal Majesty, Ekpeyong Effiok also spoke at the event and assured that the community is peaceful and the project will not be disrupted. He, however, pleaded that the youths in the community should be engaged in the construction and operation of the park.