…To saves N5bn annually for govt 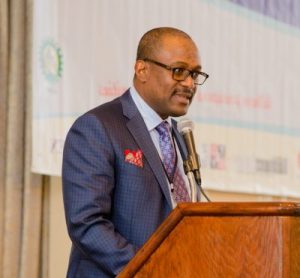 The NCIF is funded from 1 percent deductions from contracts award by operating international oil companies in the country.

Giving this information in Lagos on Monday at a one-day capacity building workshop for energy and business journalists, Mr. Obinna Ofili, General Manager, Nigerian Content Development Fund,  stated that at present, about 157 operators contribute to the fund.

According to him, over $72 million came into the fund in 2017 on an average monthly remittance of $6 million.

He explained that the Board was now self-sustaining and no longer receives a subvention from the government.

By so doing, the agency is saving government N5 billion every year, which represents its operating costs from the national budget.

Ofili also said the Board has been able to retain $5 billion annually in-country from the nearly $20 billion oil industry spendings, adding that it targets achieving 70 percent which translates to $14 billion retentions in the next ten years.

The Board also said it will save N5 billion for the federal government yearly beginning from 2018 after exiting appropriation from the national budget.

Speaking on the $200 million Nigerian Content Intervention Fund, he said the fund will help increase indigenous participation in the oil and gas industry, promote growth and development of Nigerian Content activities connected with sectors of the industry.

The fund will also deepen the creation of linkages to other sectors of the national economy and boost industry contributions to the growth of national Gross Domestic Product, GDP,  among others.

Similarly, Mr.  Issac Iyalah, the Director, Finance and Personnel Management of the Board said the board is also working towards achieving a target of 70 percent in-country value retention in the oil and gas capital spending within the next 10 year.