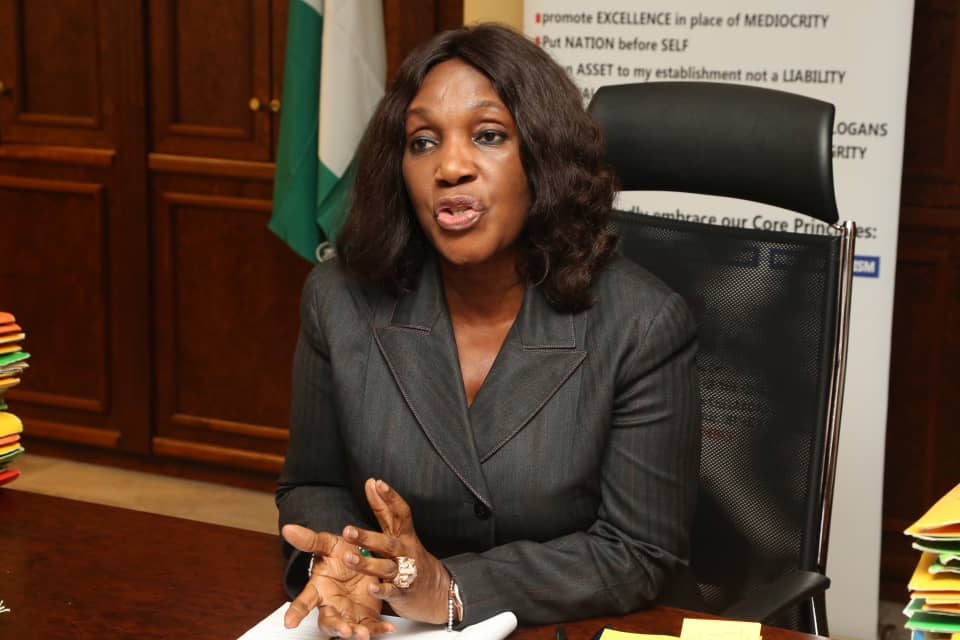 Nunieh who disclosed this when a delegation from the Amayanabo of Okochiri, in Okrika Local Government Area of Rivers State, King Ateke Tom, visited the NDDC headquarters, said stakeholders in the region no longer had need to visit NDDC to get things done, because according to her, “our work will henceforth speak for us.”

The NDDC boss urged all Niger Deltans to support the efforts of the Federal Government to clean up Nigeria’s oil-rich region, assuring that NDDC would encourage the various communities to keep their villages and waterways clean.

She called on all Niger Delta stakeholders to join in the new movement to take the region to the next level, assuring that President Muhammadu Buhari was determined to give NDDC a new face and a new lease of life.

“We want all Niger delta stakeholders to join hands in the re-orientation for a better environment and a non-violent Niger Delta. With a clean and peaceful environment, investors will be interested to come to the region.

“The President stands with us in the quest to turn things around for good in the Niger Delta. That is why he approved the setting up of the Interim Management Committee to ensure that the process of the forensic auditing of the NDDC was carried out properly.

“We want to take development to the rural communities and we want the Community Development Committees, to become very active in rural development. Consequently, we have advised the youths that visit the NDDC to go back and wait for us in their communities because the water hyacinth contracts will henceforth be executed by communities through their CDCs.

Nunieh further said that NDDC was going through a reformation process, which according to her was beyond the forensic auditing. She stated that the days of wastages were over, emphasiing that all hands must be on deck to save the Niger Delta.

Earlier, leader of the delegation from the Amayanabo of Okochiri, Mr Opia Joshua Ojieh, said they came to identify with the Interim Management Committee of the NDDC.

Ojieh regretted that the NDDC, which was set up to fast-track the development of the Niger Delta region, had not lived up to the expectations of the people of the region, as the Commission was established as a result of the struggles of concerned Niger Deltans,

“We are not satisfied with how the NDDC has been run in the past. That is why we support the position of President Buhari in setting up the Interim Management Committee.

“It is unfortunate that having stayed in the creeks for years to fight for the development of the Niger Delta, we are yet to realize our goals because of poor management of our collective resources by the previous administrations in the NDDC.”