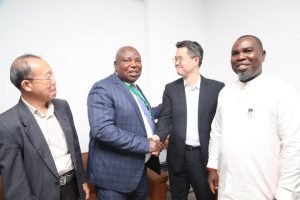 Port Harcourt — The Niger Delta Development Commission, NDDC, says it has initiated a study to kick-start work on a 7,000MW regional power pool and industrialisation project, in order to drive the development of the Niger Delta region using electricity as a catalyst.

The commission said it would create three industrial parks in each of the nine states of the region, adding that the essence of the power project was to tap the abundant gas resources in the area for electricity.

NDDC Acting Managing Director, Prof. Nelson Brambaifa, speaking in Port Harcourt during a meeting with officials of Income Electrix and Frost & Sullivan Pte Ltd, a consulting consortium from Singapore, said the commission was determined to stimulate industrial growth in the Niger Delta.

Brambaifa emphasised that power was the key enabler of economic growth as he expressed regret that activities in the region revolved almost exclusively around oil and gas business.

He said the commission was focused on diversifying the region’s economy from its over-reliance on oil and gas, stressing the need to make the region an investment destination.

According to him, the new project had the capacity to provide four million direct jobs since the industrial parks are expected to create a chain of activities.

“We have looked at some indicators and it is obvious that the power requirement for industrial growth in the region is not available. So, we need to make a deliberate effort to set up projects that can boost power and attract investors to the region.

“Because of the few investors in the region, they are compelled to pay high electricity tariffs. We must begin to pay a more serious attention to power which is a major driver in the economy.

“The success of our collective mandate to develop the Niger Delta depends on how much we are able to make the region the hub of socio-economic activities and tourism in Nigeria,” Brambaifa said.

He also affirmed that the power pool project, which was a collaborative effort between the NDDC, the state governments and donor agencies, would help provide adequate power that would be subsidised for the industrial parks.

The Group Chief Strategy Officer of Income Electrix, Mr. Chima Omeike, said electricity was a catalyst that provides the enabling environment for industrial growth, hence the investments in the power project will aid industrialisation.

Omeike explained the need to create alternative sources of revenue and create development and investment opportunities in the region, by providing a cheap and reliable  power supply in the region.

The representative of Frost & Sullivan Pte Ltd, the consulting consortium from Singapore, Mr. Richard Wong, observed that the Niger Delta had tremendous opportunities to become a major industrial hub in Nigeria. He said the region had huge energy resources waiting to be fully exploited.