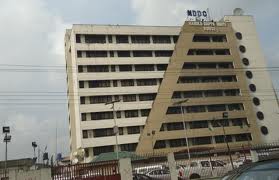 13 April 2013, Port Harcourt – The Niger Delta Development Commission, NDDC, has commenced the construction of a Specialist and Orthopedic hospital in Port Harcourt, the Rivers State capital.

The hospital comprising Orthopedic and Cardiovascular units, when completed will deal with the correction of injuries to the skeletal system, associated muscles, joints and ligaments while the cardiovascular unit will treat heart problems, said to be prevalent in the region.

Briefing newsmen at the project site along Moscow Road, Port Harcourt, King Babalola disclosed that his firm has excavated and constructed 349 pads for the one storey orthopedic unit and already started blinding for the foundation of the four-storey cardiovascular centre.

“The foundation stage is the most difficult in building construction but going by the pace of work, we are sure of delivering this project before the end of this year”, he assured.

Meanwhile, the people of Etche, an oil bearing community in Rivers State will soon be traveling to and from Port Harcourt with ease as the Niger Delta Development Commission (NDDC), begins the dualisation of the over 40 kilometre Igwuruta-Amala road with bridges.

Site Manager of the firm handling the project, Dyer in a chat with newsmen said the company has completed the asphalting of about 4.3 kilometres after clearing, excavation, mounting and grading on both side of the road.

Commending the NDDC for embarking on the project, a tipper driver said the expanded road would enhance their sand tipping business.

“I am very happy that the NDDC is expanding this road for us; the dualisation will help us to increase the number of tips we make daily,” he said.