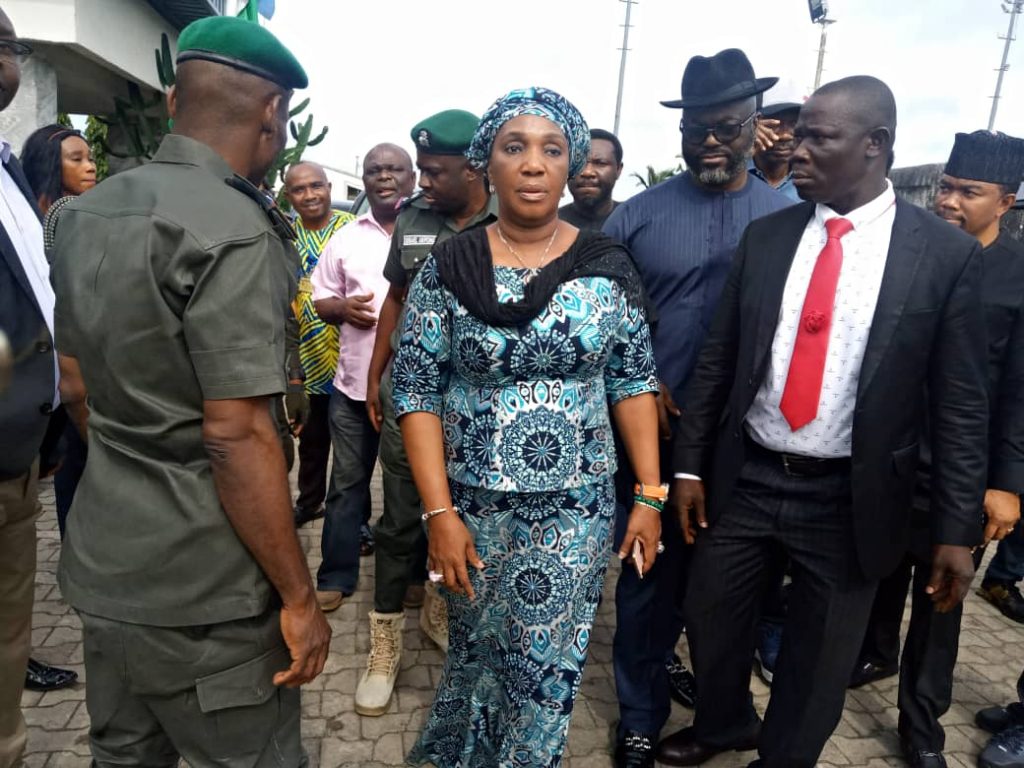 Port Harcourt — The Niger Delta Development Commission, NDDC, in conjunction with the Federal Ministry of Agriculture and the International Fund for Agricultural Development, IFAD, have launched a $129.7million Livelihood Improvement Family Enterprises, LIFE-ND, project to transform the rural economy in the region.

Speaking at the unveiling of the project in Port Harcourt, NDDC Acting Managing Director, Dr. Joi Nunieh, said the agricultural programme was designed to improve the livelihood of the Niger Deltans, especially youths and women.

Nunieh who was represented by the Commission’s Director of Agriculture and Fisheries, Mr George Ero, stated that the project was in sync with the Federal Government’s agricultural policy and the strategic framework for youth employment and job creation.

She said the LIFE-ND project, which is to be implemented in the nine Niger Delta states, was anchored on the strategic framework that addressed the large and growing number of restless unemployed youths, particularly in rural areas.

“LIFE-ND is planned with a financing gap of six years. It has both a first phase of six years, with parallel finance from NDDC to the tune of $30million, and an additional six years to be financed in the future by other partners or additional IFAD loan.

“The total project cost to be incurred during the 12-year implementation period, including price and physical contingencies, duties and taxes, are estimated at $129.17 million.

“This project is meant for the Niger Delta region and the essence of this launch is to create more awareness about the project and to make the people realize how much the government of the day cares about their welfare in the area of job creation, food security and improved standard of living.

“There is no better time than now for a project like this to be launched. The region needs to take it more seriously and harness maximally the expected benefits of this project.”

The NDDC boss re-stated the commitment of the Commission to continuously partner with development organisation like IFAD in bringing the best to the people of the Niger Delta region, adding: “We look forward to an impactful project implementation in the region.”

Also, the Minister of Agriculture and Rural Development, Alhaji Sabo Nanono, observed that the seed of LIFE-ND programme was sown in 2010 when the Federal Government recognized the need to diversify the country’s export earnings and alter its economic growth strategy.

“I am aware that the project development objective of the LIFE-ND project is to enhance income generation, food security and job creation for rural youth and women through agro-enterprise development on a sustainable basis in the Niger Delta region of Nigeria.

“I am also aware that the project has two main components; enhancement of economic opportunities for rural youth and women, as well as project management and coordination, which must be effectively and efficiently implemented by the project team with the support of all stakeholders to achieve its desired objectives.”

The Minister said that the Green Alternative for agriculture and strategic framework for youth employment and job creation under his ministry was the basis under which the LIFE-ND project was created.

He said that the Ministry of Agriculture will replicate the LIFE-ND project in the remaining five geo-political zones of the country, assuring that they will also benefit in its next plan in no distant time.