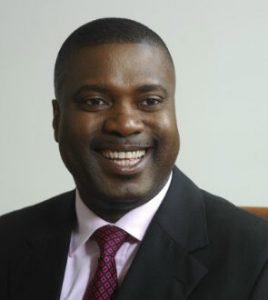 12 April 2018, Sweetcrude, Port Harcourt – The Niger Delta Development Commission NDDC, says it was partnering with Microsoft and other Silicon Valley companies in the United States to begin an e-learning project to revolutionise education in the Niger Delta region.
The commission also said the project is aimed at bringing the Niger Delta youths up to date with the rapid technological changes taking place in other parts of the world.
A statement by the Director, Corporate Affairs of NDDC, Mr. Ibitoye Abosede, quoted the Managing Director of the Commission, Mr. Nsima Ekere, saying that the concept has been handed over to the Vice President Yemi Osinbajo and the vice president is supportive of the programme.
According to Ekere, the partnership proposes as parts of the initiative that students in primary and secondary schools would be given personal computers including tablets and laptops, in order to be able to compete with their contemporaries around the world.
He said it was a vendor-funded project and none of the Niger Delta State governments or the NDDC would spend its money on it.
According to the statement, “We had a meeting with the Vice President and we made a presentation to him on a project which in our estimation will revolutionise education and learning in the entire Niger Delta region and in the country.
“In these days where the world is changing very rapidly, e-learning, e-trading and e-solution is the way to go.
“And so we come with a project to replace the hard copy textbooks that we have for learning in primary and secondary schools, convert them into digital format.
“And each of the students in the primary and secondary school will be given tablets and laptops that will contain all the textbooks, all the learning instructions and learning manuals that they need and then prepare them to face the new world and be competitive with graduates from any part of the world,” Ekere said in the statement.