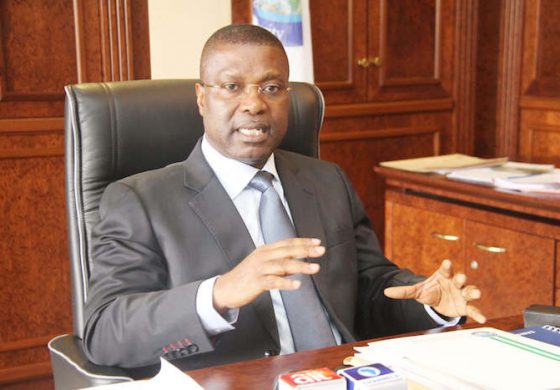 14 January 2018, Sweetcrude, Port Harcourt — The Niger Delta Development Commission, NDDC, has said that 5,000 youths and women from the Niger Delta will benefit from a skill acquisition programme billed to start from the first quarter of this year in the nine states of the region.

The interventionist agency said it has finalised plans to set up training programmes that would ensure the creation of jobs for women and youths in the region.

Ekere recall that the Commission had last year signed a Memorandum of Understanding, MOU, with the Small and Medium Enterprises Development Agency of Nigeria, SMEDAN, and Builders Hub Impact Investment Programme, BHIIP, for the establishment of Nigeria’s first enterprise innovation and growth hub.

The NDDC Chief Executive Officer promised that the enterprise hub would be up and running in the shortest possible time, noting that it would help to create more jobs and fight unemployment to ensure that militancy was eradicated in the Niger Delta.

He listed the skill areas for the programme as P.O.P ceiling installation; wall screeding and painting; plumbing; electrical wiring; specialized carpentry such as wardrobes and kitchen cabinets, as well as interior decoration.

On the Home Finishing Skills training, he explained that it would cover key specialisations such as welding and fabrication; modern printing technology; solar power technology; maritime technology; entrepreneurship development; food processing, catering and confectioneries; creative arts and entertainment, as well as fashion design and tailoring.

Ekere noted that the four-week training in partnership with ESI, a non-governmental organisation, was a significant development, not just for the construction industry in the Niger Delta region but in Nigeria.

According to him, “The skill gap in the quality finishing of homes, offices and other building projects, has remained a constant source of concern for homeowners and operators in the construction industry.

In most cases, the standard of finishing of homes and offices is so poor that builders and homeowners resort to hiring skilled tradesmen and craftsmen from neighbouring countries and even beyond.

“This is one of the reasons we have decided to intervene in this sector of the construction industry, in furtherance of our mandate on human capital development. This programme, therefore, seeks to develop and deliver training, under the supervision of world-class experts from the United Kingdom, for 100 qualified participants, in the first instance.”

Ekere, represented at the event by NDDC Executive Director, Projects, Engr. Samuel Adjogbe stated that the training in different fields would be based on the requirements taken from relevant United Kingdom occupational standards and associated qualifications, which would be contextualized to meet the requirements in Nigeria.

Also speaking at the event, the wife of Imo State Governor, Mrs. Nneoma Okorocha, commended NDDC and other development partners for promoting programmes that impacted positively on the lives of ordinary Nigerians.

For her part, the founder of ESI and wife of the Minister of Transportation, Mrs. Judith Ameachi, remarked that women were a formidable force and as such should be at the centre of skills training meant to elevate the less privileged in the society.

Ameachi disclosed that ESI has so far trained over 3,000 Niger Delta indigenes in various capacity building programmes. She said the four-week training on Home Finishing, skills training programme will be handled by experts from the Dudley College of Technology, United Kingdom.