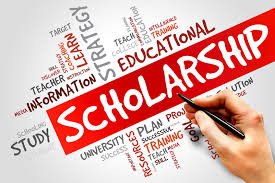 Port Harcourt — The Niger Delta Development Commission, NDDC, says it has paid over N2billion to settle outstanding stipends and fees for students under its Foreign Post-Graduate Scholarship Programme.

Acting Managing Director of NDDC, Prof Nelson Brambaifa, when he visited the candidates writing the Commission’s computer-based tests at the Rivers State University, as part of an on-the-spot assessment of the scholarship process.

Brambaifa said a total of 3,112 candidates, selected from over 5,000 who applied for the Post-Graduate Foreign Scholarship are taking part in the 2019 programme.

He also explained that the scholarship scheme was part of NDDC’s human resource development initiatives.

“The payment for the NDDC scholars came following the resolution of issues with the Central Bank of Nigeria which had delayed the remittance of the funds to the universities.

“The Foreign Postgraduate scholarship scheme, which was introduced in 2010, is meant to equip graduates of Niger-Delta origin with the relevant training and skills, and it is critical to capacity building and improving educational standards in the region.

“After this aptitude test, successful candidates will be selected for oral interviews where about 200 candidates would emerge as the beneficiaries of the scholarship scheme. The process is very transparent as the candidates see their scores immediately after the test..”

Prof Brambaifa also disclosed that recently he led a delegation which included the Acting Executive Director, Finance and Administration, Dr. Chris Amadi, on a five-day working visit to some universities in the United Kingdom.

He said the visit afforded the NDDC team an opportunity to deepen the existing relationships with the foreign universities and take advantage of other mutually beneficial programmes.

Also speaking, the consultant for the scholarship programme, Mr. Godson Ideozu, stated that the computer-based test encouraged transparency because candidates get to see their scores immediately after writing the examination.

Ideozu observed that the candidates, comprising those for Masters’ and Doctorate degrees, were examined primarily in their core area of study, noting that the exercise was not only fair but gave the applicants equal opportunity to compete.