NDDC to evacuate electricity from Omotosho for Ondo communities 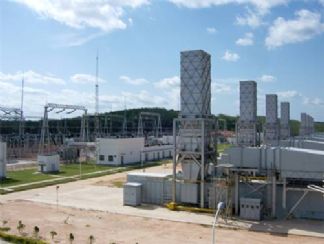 Port Harcourt — Over 2,000 communities in Ondo South Senatorial District will have access to electricity, when the 132/33KV sub-station which would evacuate power from Omotosho power plant, is completed.

The sub-station, which is being constructed by the Niger Delta Development Commission in Okitipupa, Ondo State, will provide electricity for oil producing communities spread across five local government areas in the southern part of the state.

The local government areas that would benefit from the sub-station are, Ilaje, Ese-Odo, Okitipupa, Odigbo and Irele, all in Ondo South.

The Interim Administrator of NDDC, Mr. Effiong Akwa, during an inspection of the project in the company with Governor Oluwarotimi Akeredolu, said he was excited that the Commission was constructing a huge power station in the oil-producing area of Ondo State.

Akwa explained that both President Muhammadu Buhari and the Minister of Niger Delta Affairs, Senator Godswill Akpabio, were interested in seeing to the completion of the project.

“This is a massive electricity project and a lot of money have been sunk in here. For this project, I can tell you that there is no retreat, no surrender. We have to complete this project and put it to use as soon as possible. As it is now, we have done about 85 percent of the job.”

Akwa promised that NDDC will assist the contractor to tackle the challenges of sourcing foreign exchange for the procurement of some of the equipment that needed to be imported.

“This project is very important because it will serve five local government areas in the oil production belt of Ondo state. When you provide light to a people, you have provided life. So we are committed to providing life to the people.”

Contractor handling the project, Engr. Benson Obayelu, said the scope of the contract included the evacuation of power from Omotosho, with a step-down at Ireje through a 132KV double circuit line with two 30/40MVA transformers at Okitipupa.

Obayelu the transmission lines run through Ireje with 145 electricity towers that are standing on concrete foundations, adding that almost all materials needed for the project were already on-site in Okitipupa.

“The project is almost completed. We need to add only two components to sign off. The remaining items are the installation of the conductors and mounting of electrical panels in the control room. What is delaying these installations is funding.

“If we get funds, we can deliver this project in the next four months. We have six feeders going out of the sub-station and this will take care of the five local government areas currently without light for over 12 years.”