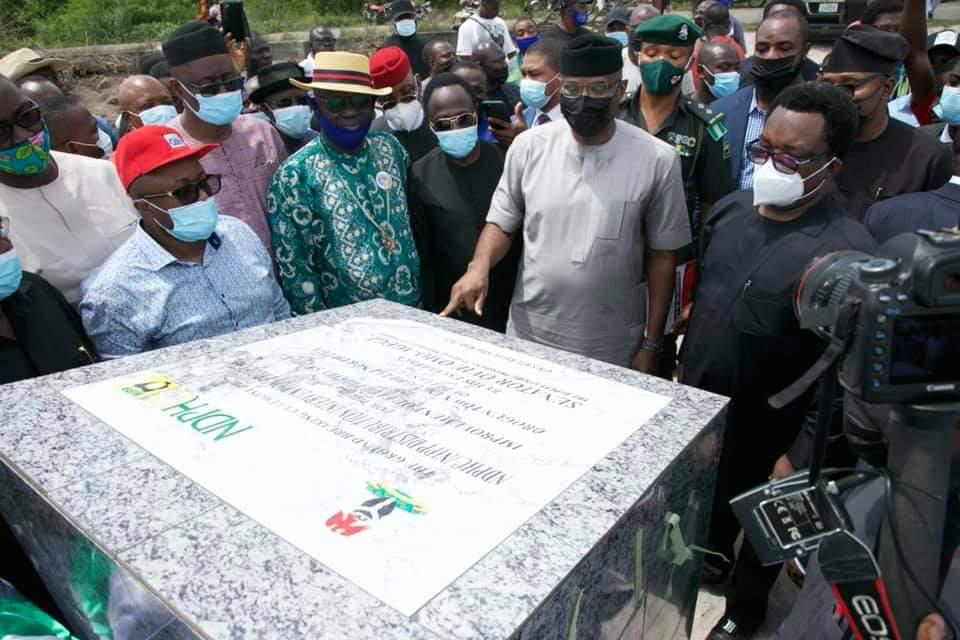 Lagos — The Niger Delta Power Holding Company, NDPHC has begun the construction of a 1×7.5MVA, 33/11kV injection distribution substation in Orogun, Delta State to boost power supply to the community.

Speaking at the groundbreaking ceremony at the weekend, the Managing Director/CEO, NDPHC, Mr. Chiedu Ugbo said the injection substation which is an NDPHC/National Integrated Power Project (NIPP) intervention project would also boost economic activities in the community.

Ugbo explained that the project, a 1×7.5MVA 33/11KV injection substation, will step down power from the already existing 33KV line to 11kV, disclosing that the project involves the construction of 4km of 11KV line to distribute the power to the community.

He said seven distribution transformers will be installed also in the community. He stated that, with the injection substation in place, faults on the downstream line will not be allowed to trip the entire network.

He noted that the project followed the “passionate” intervention of the Deputy Senate President, Sen. Ovie Omo-Agege to have the project in the community.

“Following the intervention of the Deputy Senate President, we at NDPHC in keeping with our mandate to improve electricity infrastructure in Nigeria visited Orogun community for location inspection and discovered that the community electricity supply is being fed by old Agbaroh-Abraka 33KV line which transverse swampy terrain.

“We also discovered that it is not adequate for the community hence this purposeful intervention by Niger Delta Power Holding Company at the instance of the Deputy Senate President”.

He added that NDPHC has been engaging the Benin Electricity Distribution Company (BEDC) and has been assured by the DisCo that the project aligns with infrastructure upgrade in the community.

Omo-Agege said “the objective has been to ensure that the number of people who use modern energy should increase to reduce social costs and to increase social benefits”.

He noted that the establishment of the power substation was one of the several initiatives of the administration aimed at addressing energy poverty in the country.

“It is thus my hope that the construction of the injection substation will boost access to energy in the region and consequently bring about enhanced economic activities and poverty reduction through enhanced income, health, education and improved environment”, he said.

He then called on the Benin Electricity Distribution Company, BEDC, to make good use of the facility when completed to boost power supply to the communities, urging the utility to ensure that meters are provided for individual customers.

Earlier, the General Manager, Distribution, Engr. Gadzama M. Mele who gave details of the project stated that the project involves the construction of 7.5MVA, 33/11kV injection substation and 4km of 11kV lines with installation of 7nos 300KVA, 11/0.415kV Distribution substations and construction of 2.5km of low tension (LT) lines to take power to the door step of the community.

Engr. Gadzama also stated that benefits to derive from the project include but not limited to voltage control, localisation of faults and creation of job opportunities for the community.

Also speaking, the President General of Orogun Kingdom, Chief Benson Ndakara thanked both the Sen. Omo-Agege and NDPHC for coming to the aid of the community, saying “when the power station is fully completed and starts functioning all the knotty power problems and challenges in Orogun and environs will be resolved once and for all”.