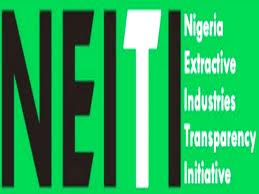 23 July 2014, Abuja – A mapping and scoping survey of anti-corruption and governance measures in public finance management within Nigerian states has shown that state governments misuse public revenues accrued to their states through dubious and faulty public finance laws.

The study was conducted by the Technical Unit on Governance and Anti-Corruption Reforms (TUGAR) located within the Nigeria Extractive Industries Transparency Initiative (NEITI). It indicated that instances of fiscal indiscipline remained prevalent among states in the country.

TUGAR’s study equally indicated that state governments had often resorted to misappropriating revenues accrued to their states without functional laws governing their financial expenditure on procurement of public goods among others.

As an anti-corruption outfit of the federal government, TUGAR collectively coordinates the activities of all federal government anti-corruption agencies in Nigeria. Its technical coverage is extended to the activities of the Economic and Financial Crimes Commission (EFCC), Independent Corrupt Practices and Other Related Offences Commission (ICPC), NEITI and possibly the Office of the Attorney General of the Federation (OAGF).

It equally serves as the secretariat of the Inter-Agency Task Team (IATT) which is the coordinating forum of agencies with anti-corruption and accountability mandates Nigeria.

Currently on its third phase, having initially undertaken a first and second phase on gap and compliance analysis of anti-corruption initiatives within the activities of the federal government and 16 states of the federation, findings in the recent study which covered the management of public finance in 10 states-Cross River, Ebonyi, Ekiti, Jigawa, Taraba, Ekiti, Katsina, Kogi, Nasarawa, Ogun and Yobe were presented to the public yesterday in Abuja by the Coordinator of TUGAR, Lilian Ekeanyanwu.

She also noted that the five other states did not have any modern public procurement or fiscal responsibility law but are seen to be making attempts to adopt the Medium Term Expenditure Framework (MTEF), which the federal government implements in its public expenditure cycle, without necessary laws and institutional frameworks.

While providing lucid details of the study, Ekeanyanwu said: “Among the states with procurement laws, some limitations have been observed in the content of the laws, for example in the Jigawa State’s law, some clauses exclude application of due process rules to procurement processes below N100 million, which constitute the largest group of procurement activities in the state.

“In Ebonyi State, the definition of Open Competitive Bidding (OCB) robs its processes of prior and simultaneous distribution of information on procurement activity. It also removes advance determination and disclosure of conditions and criteria for selection from being an integral component of open competitive bidding.

“Also, requirements of political approval for procurement expenditure are notable in Ekiti and Jigawa State laws. The procurement laws exclude application of its provisions to special goods, works and services involving security unless with prior approval from the governor. This appears intended to statutorily protect them from public scrutiny of the controversial state security votes.”

Ekenanyawu also stated that: “The Taraba State procurement law gives the State Executive Council the power to suspend application of the law to any particular procurement activity if it deems fit.

“The findings indicate that fiscal indiscipline is prevalent in states in this study. The financial statements and audit reports of states reveal the same types of fiscal indiscipline; optimistic revenue projections and under collection, budgeting based on the unrealistic revenue projections, excess expenditure on some budget heads, under spending allocations on some other heads, and failure to spend at all on yet some others.”

She added that various appropriation of fund was a common practice without compliance to appropriate procedure, while most state governments regularly use the supplementary budgeting process to adjust the original budget to accommodate extra expenditure already incurred for emergency and non-emergency issues.

“A further indicator of fiscal indiscipline is the recurrent to capital expenditure ratio both in budgetary estimates and actual implementation. The ratio is increasingly leaning towards larger recurrent expenditure to the detriment of capital expenditure.
“In addition, most of the states recorded abysmal Internally Generated Revenue (IGR) figures making them totally dependent on federal allocation to meet basic expenditures,” she further stated.

On management of crude oil revenue accrued to the states from the Federation Account, the study showed that the states benefited from huge increases in statutory oil revenues within the period but expended these “unexpected” resources as they are received, including in some cases, spending above initial budget figures.

“Also in some cases, these extra revenues are funnelled into excess overhead expenditures over budget estimates,” Ekeanyanwu said, adding that: “There is limited political will to embark on reforms, and even where the policy and laws have been adopted, limited will to implement them is a problem. There appears to be reluctance to give up complete and direct political control over public expenditure.”

Also, the Executive Secretary of NEITI, Mrs. Zainab Ahmed, said in her remarks that NEITI had in its recent audit of crude oil revenue accrued to state governments in Nigeria within 2007 and 2011, discovered that N8.22 trillion was paid out to the states from the federation account within four years.

NEITI’s disclosure also fell in line with TUGAR’s claim of evidence indicating states misuse of the resources on excess overhead expenditures that were not initially captured in the budget.