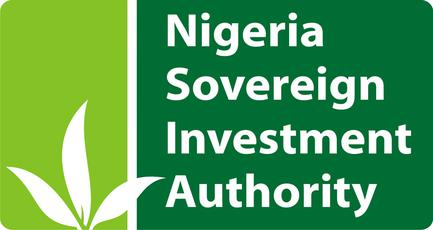 Lagos — Nigeria will continue to find it challenging to maintaining a healthy oil savings fund as well as difficult in achieving centralised savings if it continues with the Excess Crude Account, ECA, the Nigeria Extractive Industries Transparency Initiative, NEITI argued as it calls on the federal government to replace the Account with the Nigerian Sovereign Investment Authority, NSIA.

Established in 2004, the ECA’s primary objective is to protect Nigeria’s planned budgets against shortfalls caused by the volatility of crude oil prices.

In its latest policy brief, titled: “Insulating Nigeria from Perennial Oil Price Volatility’, the Agency urged government to transfer the balance inside the ECA to the NSIA, and to adopt sustainable strategies for robust fiscal cover for the Nigerian economy during periods of cyclical oil price shocks.

It recommended that Section 162 (1) of the 1999 Constitution should be amended to mandatorily allow for part of the oil earnings to be saved, adding that the 0.5 percent stabilisation fund and the ECA should be terminated.

“The Oil Price-based Fiscal Rule (OPFR) where revenue in excess of oil price benchmark is saved should be abolished and replaced with mandatory savings of a percentage of daily oil production.

“This will remove the constant political jousting about oil benchmark price and quantity,” the policy brief said.

It added that when proceeds from the percentage of daily oil production are transferred to the NSIA, the funds should be invested in convertible instruments while the NSIA’s stabilisation fund should be increased from 20 percent to 40 percent and dividends from its earnings shared every year.

According to the brief, increasing NSIA’s stabilisation fund and sharing the dividends from investments will give comfort to the states and local governments to support the constitution amendment and the scrapping of ECA.

As a second strategy, NEITI urged Nigeria to wean itself off its dependence on oil revenue, but acknowledged the efforts of government in this direction.

However, it noted that a lot more needed to be done in order to boost non-oil revenue and export to improve foreign exchange earnings.

“It is only in recent years (2015 – 2018) that oil revenue was below 60 percent of total revenue. And this can be attributed to low oil prices and increased efforts to boost non-oil revenue.

“Further analysis also showed that revenue from oil export has consistently contributed over 90 percent of total exports revenue, indicating the dominance of the oil sector in the generation of foreign exchange,” it stated.

NEITI noted that though dependence on oil is reducing, oil still accounts for about 50 percent of government revenues and over 80 percent of exports and foreign earnings, which makes Nigeria highly vulnerable to oil price shocks.

“…maintain a robust ‘rainy day’ fund, the size of which should reflect not only the volume of revenues from mineral resources, but also the size of the national economy,” it advised.

It said “This savings fund is supposed to help Nigeria smoothen spending, form a hedge against the cyclical volatility of oil prices and keep part of the accrued benefits for the future generation among other reasons”, adding that while Nigeria has an oil savings fund, the savings are too small to serve its intended purposes.

“Blocking leakages and maximising opportunities in the sector will help in increasing government revenues and the contribution of the sector to national productivity.

“Price volatility is a constant feature of the oil market, exposing oil-dependent countries like Nigeria to regular economic crises when oil prices tumble,” it said.

Although price slumps have always been accompanied by severe pains that linger beyond the price crash, COVID-19 pandemic will eventually, be tamed and oil prices will go up again, but reminded that the circle of shocks will continue, it noted.