Leeds, England — The Managing Director of the Nigeria Export Processing Zones Authority (NEPZA) Adesoji Adesugba has urged the Ondo Chambers of Commerce Industry Mines and Agriculture (ONDOCIMA) to become active partner in the economic development of Ondo State by establishing a special agro-allied district for the production and processing of agricultural produce for export. 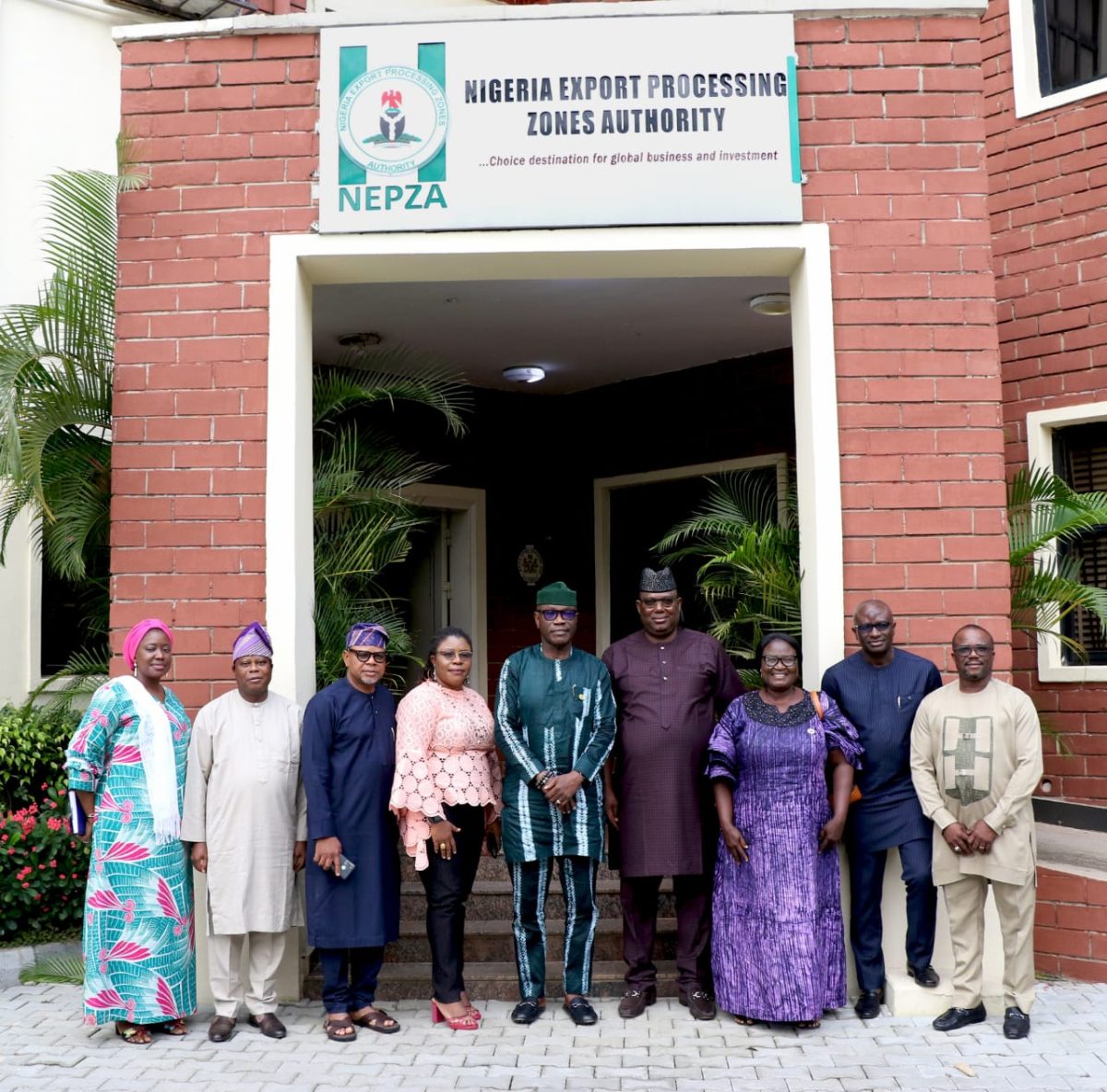 Adesugba who gave the advice while playing host to the new executive of the chambers in his office in Abuja said as a pioneer member of the branch’s association the chamber movement was aimed at galvanising sound economic development, adding that ONDOCIMA was set up to make indelible and positive economic impact in the state.

“The chambers must without further delay constitute itself as an active development partner of the state by making itself an economic springboard in the state.

“This can happen speedily if a special agro-allied district for backward linkages in the production and processing of agricultural produce can be established.

“The new executive must begin to contemplate on securing large expanse of land in the state to establish this project as the enclave help to provide jobs and variety of businesses for members and residents of the state.

“Ondo State is blessed with arable land, suitable for all-year-round- farming. The association can also reserve a substantial portion of the proposed district for the production of cocoa which the state has comparative advantage on,’’ Adesugba said.

He explained that the pioneers of the state branch of the association had hatched the plans of having such a special agric site and other businesses as well, adding that a number of extraneously factors had made these dreams unrealisable.

“The chambers can only record good successes if it is less dependent on government. The leadership must activate interest and expertise of the members in order to achieve the set goals,’’ Adesugba said.

He also noted that the association could become more potent and resulted-oriented if it regularly underwent projects’ assessment visitations to other sister associations, adding that members would use such tours for business knowledge acquisition and investment promotion exchanges.

Adesugba, therefore, said that NEPZA was prepared to partner the association in developing world class business templates that could make it become investment forerunner in the state.

The NEPZA boss explained also that the existence of the Akoko Chambers of Commerce, an adjunct of ONDOCIMA, which he assisted in establishing was a testament of years of strive to ensure that must local communities in the state were linked to the Organised Private Sector (OPS).

Hon. Olugbenga Araoyinbo, President, ONDOCIMA, expressed delight on the warmth reception extended to him and his entourage by the NEPZA chief executive, adding that the visit was indeed an eye opener.

Araoyinbo said that Adesugba had continually proven that his appointment by President Muhammadu Buhari to lead the movement of industrializing the country through the Free Trade Zone scheme was not a travesty.

He, however, explained that the new executive of the association had opened a new chapter in the administration of the chamber movement in state, adding that the association was prepared to join forces with the government in growing the economy.

“We are indeed grateful for the suggestion that the association establishes an agro-allied district where our members and investors can be involved in mechanized farming and processing of farm produce for local use and export.

“The association will in this light collaborate with NEPZA, our national body, the state government and investors to ensure that this plan is brought to fruition,’’ Araoyinbo said.

Mrs Modupe Olakunle, the immediate past President of the association, Dr Funmilola Williams, President, Akoko Chambers and Hon. Adeboro Onibalusi, PRO, ONDOCIMA were the video other officials on the entourage of the ONDOCIMA president.