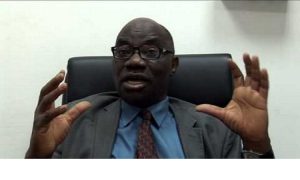 The fine, according to NERC’s Head, Public Affairs Department, Dr. Usman Abba Arabi on Thursday, was on account of its failure to secure a refund of an interest-free loan the Board of IBEDC granted to its core investor group.

Information from the commission indicated that it is also reviewing the utilisation of the Nigerian Electricity Market Stabilisation Facility, NEMSF in other distribution companies.

The commission had, vide its Order 173, directed IBEDC to recover the sum of N5.7 billion being the balance of the inappropriate loan of N6bn granted by the utility to IEDMG, the core investor in Ibadan Electricity Distribution Company Plc.

The loan was sourced from a total sum of N11.367bn disbursed to IBEDC under the Nigeria Electricity Market Stabilisation Fund, NEMSF granted by the Central Bank of Nigeria towards the improvement of infrastructure in the company including metering.

The repayment of the loan to CBN by the 11 distribution companies has continued to be made as a first charge on the revenues of the companies.

The commission then reaffirmed that it will pursue the full recovery of the misused funds from IBEDC including the accrued interest at Nigerian Inter-bank Offered Rate, NIBOR + 10%.

Reacting to the report, IBEDC’s spokesperson, Angela Olanrewaju, told SweetcrudeReports that the company is aware of the matter but “I will get back to you with details soon”, she said.